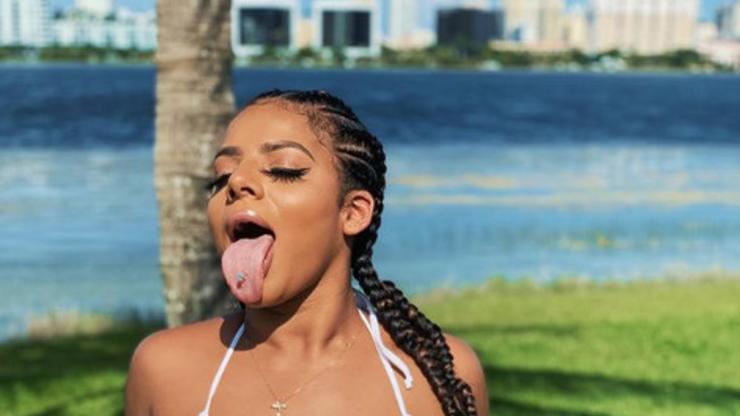 As time goes on, more and more people are attempting to be social media influencers, and for some, it is proving to be very pritable. Mikayla Sara, a 21-year-old based in Florida, is proving this to be true after she made $99,500 in 2019, double what she made last year. So what’s her secret weapon? Her tongue. Ms. Sara’s tongue is apparently 6.5 inches long, which usually attracts at least 100,000 likes per post, and can make her up to $3,000.

Aside from influencing, Sara also has an online store where she sells t-shirts, PopSockets, and more, some which feature illustrations her tongue. She also has her own app and prits f doing advertisements. In an interview with LAD Bible, the social media influencer wanted to make it clear that she is very down to earth. “Some people think people with a lot followers are cocky and boujee but I’m pretty down to earth”, she said. Sara also mentioned that her mother is her biggest influence and that she’s proud her accomplishments, like owning her company.

Do you have a unique body feature like a long tongue, huge ears, or maybe two extra fingers? Try showing them f to the world, it could lead to two-million followers and $100,000!