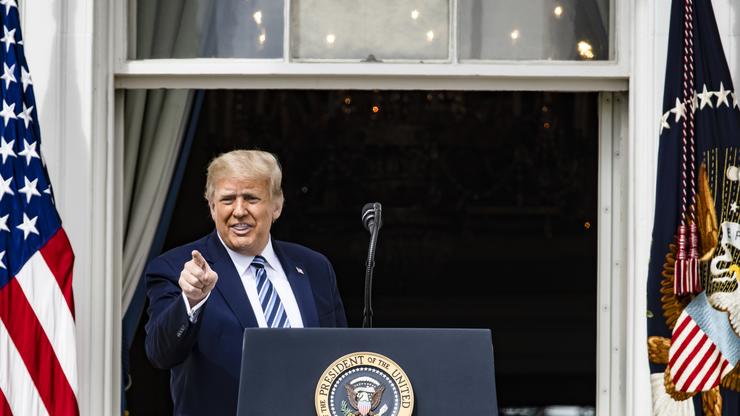 “Trump might be ridiculous for the rest of the world, but he is sane and wise man for the Taliban,” a senior member of the Taliban said about Donald Trump.

There’s a long list of questionable individuals that Donald Trump has endorsed but there’s an even longer list of peculiar people, organizations and overall entities that have co-signed the president themselves. The latest to do so is The Taliban. The militant group shared their public support for Donald Trump in hopes that he keeps his promise to withdraw American troops in Afghanistan.

A spokesperson for the Taliban, Zabihullah Mujahi, told CBS News of their hopes for another four years of Trump, saying, “We hope he will win the election and wind up U.S. military presence in Afghanistan.” American’s had troops in Afghanistan for nearly 20 years and Trump’s made the promise to pull them out of there.

A Taliban senior leader also explained how the group was rooting for Donald Trump to pull through after he was diagnosed with COVID-19 next week. “When we heard about Trump being COVID-19 positive, we got worried for his health, but seems he is getting better,” the senior member said. “Trump might be ridiculous for the rest of the world, but he is sane and wise man for the Taliban.”

There’s an irony that Trump, the leader of the Republican party, would receive the support of the Taliban. However, The Trump campaign’s communications director, Tim Murtaugh, slammed the Taliban, rejecting their support. Murtaugh added that the Taliban should be fully aware that Donald Trump will do anything to protect Americans.

Meanwhile, Donald Trump made his first public appearance today following his hospitalization last week. Trump held a rally of sorts for his supports from the balcony of the White House, even though he hasn’t confirmed whether he’s tested negative.