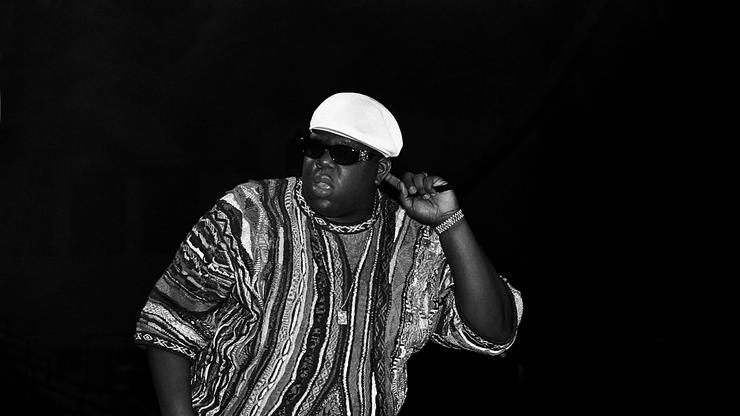 Your favorite rapper probably called his or her’s upcoming album a “classic” before it even hit shelves. Yet, we all know, a classic album is only determined through the test time. Classic albums are just that: timeless bodies work that still resonate years on, even decades after its release. Not many people are able to achieve this within their career-span, since it takes…time. The Notorious B.I.G’s life was cut short at the age 24 with only one album under his belt, Ready To Die — an album that can confidently be placed among greatest albums all time.

Times were different 25 years ago when Big unleashed Ready To Die. Cassette tapes were just beginning to phase-out in favor compact discs, while streaming services, let alone websites like Napster were barely imaginable. The term “unsigned hype” wasn’t used for influencers with 1M followers and only one song to show — it was used for wordsmiths like Biggie whose name spread by word mouth thanks to a penchant for rapping on NYC street corners. It’s those same corners where he freestyled and sold drugs that served as the inspiration behind the album.

Ready To Die is described as semi auto-biographical but by the way that Big rapped, every bar felt like a scene out a movie; and Biggie was our trusted narrator. Drug dealing, murder, robbery, and criminal acts were the main themes the project but what Big did was add layers to these actions — his thoughts, emotions, regret, and reasoning behind each deed. It captured the struggle that many people identified with, especially in his own Brooklyn community. A child from the projects who was trapped in a life crime and vying for a way out. But he couldn’t — he had a child on the way, his mother was suffering from cancer, and he had to make sure that he could provide for his family.

That’s the beauty Ready To Die — there’s so much Big’s unfiltered and raw reality blended with a romanticized version the drug trade that his emotional vulnerability throughout the project not only captivates but immerses you into his world. He details the excitement the drug game like a high that he continues to chase. But the lows, paranoia, stress, and depression sound like the bare bottom a comedown. For example, the project’s titular track finds Big imagining himself coming out the womb with an umbilical cord tied around his neck, bringing it all back to the project’s title. “I’m seeing death and I ain’t even take my first step/ I’m ready to die and nobody can save me/ Fuck the world, fuck my moms, and my girl/ My life’s played out like a Jheri Curl, I’m ready to die,” he raps.

His autobiographical details drew people in but the way that Big’s verses were delivered was unseen at the time. The rhyme schemes were as complex as the environment he was surrounded in; yet he was extremely skilled in crafting together narratives that were easy to understand and follow at the same time.

“Everyday Struggle” and “Suicidal Thoughts” were reflections the darker days while songs like “Gimme The Loot” found the rapper reaping the benefits from a devious lifestyle. But what balanced it all out were songs like “Big Poppa” and “Juicy” that, to this day, can be heard in any club in the world.

Maybe that’s why Ready To Die is still one the greatest bodies work ever created. Biggie captured America with celebratory anthems like “Juicy” but at the same time, he asserted himself as one the greatest rappers with his sheer skill and gritty narratives that spoke to those who society has swept to the side. The cultural impact Ready To Die is something Biggie wasn’t able to witness during his lifetime but it’s something we can see and celebrate today. From Lil Wayne’s Tha Carter III cover to Travis Scott sliding in a quick homage to Big on “SICKO MODE,” Ready To Die has followed hip-hop on its journey to becoming a global phenomenon.