With the election still uncalled, The Gap angered some Twitter users with their latest hoodie.

As it stands, a winner has yet to be determined in the Presidential election. Vice President Joe Biden is currently in the lead with 253 Electoral votes while incumbent President Donald Trump is sitting at 214. By the end of today, more results are expected to pour in and by all accounts, the Democrats fully expect to be called the winners of the race. In the meantime, Twitter users have been waiting for these results with bated breath and the tensions are certainly high.

Clothing brand The Gap tried to ease these tensions recently as they called for Unity on Twitter. In the deleted tweet which can be seen below, the brand shows off a new split hoodie with one side blue and the other, red. Of course, this is meant to be some sort of reference to both political parties and how during this divided time, we can all come together, hold hands, and sing kumbaya. 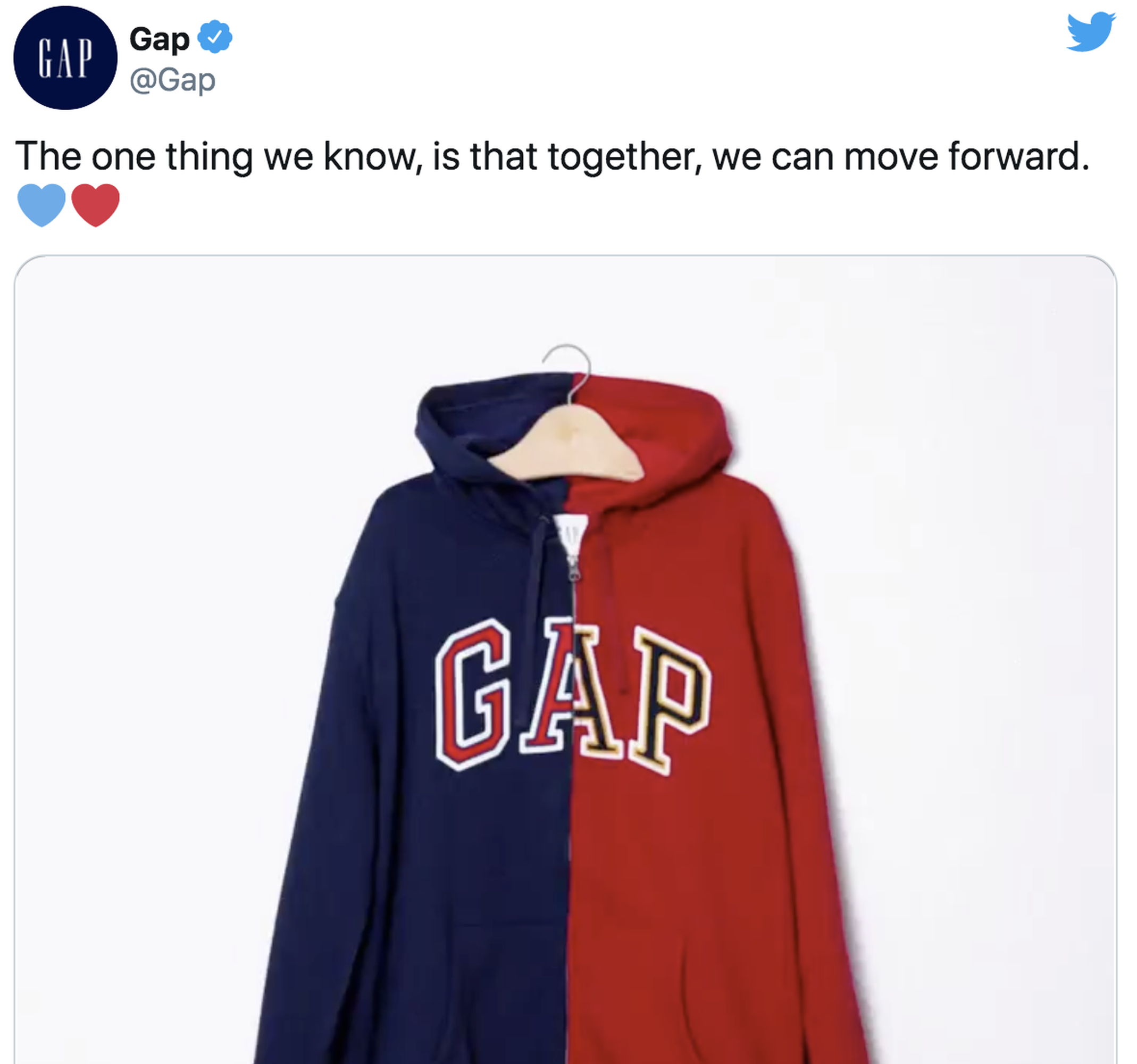 Considering just how divided the Nation is right now, it’s easy to see how people were ultimately upset at the new hoodie, as many felt like The Gap was being tone-deaf to the current situation. Following a strong election night showing, Trump has been losing the mail-in votes by wide margins which was to be expected considering his rhetoric on the matter, leading up to the vote. Regardless, the President is alleging voter fraud and it has led to some anxiety about whether or not the rest of the votes will reflect the will of the people.

“The intention of our social media post, that featured a red and blue hoodie, was to show the power of unity. It was just too soon for this message. We remain optimistic that our country will come together to drive positive change for all,” The Gap said in a statement to the New York Times.

While the statement is optimistic, it’s clear by the reactions of Twitter users that the hoodie was simply not well-received.