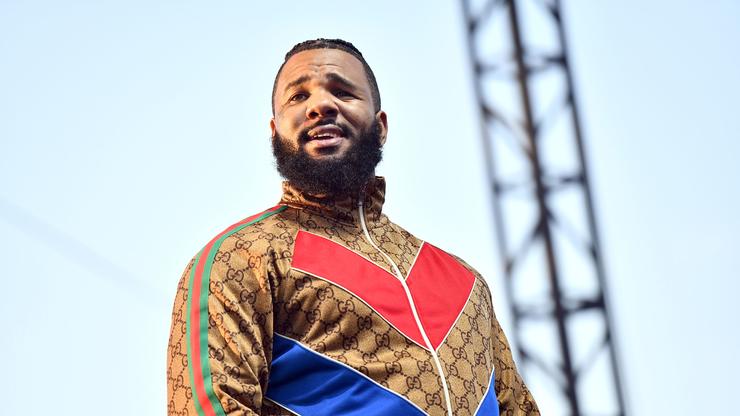 Game shared a screenshot of a GoFundMe set up for Indian Red Boy after the rapper was gunned down while Livestreaming.

In a world where hundreds of millions of people have access to streaming their lives in real-time, there are often tragedies that unfold on social media. From abusive situations to robberies to natural disasters to suicides to murders, Livestream viewers can find themselves witnessing horrific moments. Unfortunately, that occurred recently when a Los Angeles rapper named Indian Red Boy, real named Zarial Rivera, was on Instagram Live with another person before being shot and killed while streaming.

While Rivera’s loved ones were grieving, people took to social media with theories about why the rapper was gunned down. People claimed it had to do with Nipsey Hussle and soon, The Game surfaced with a video where he shared a few bars. “All white Air Force 1s/N*ggas coming through the hood with them air force guns/We got more Drakes than the Billboard/Disrespecting Nip, type of sh*t you n*ggas get killed for/We not gon’ stand for the disrespect/Get this .45 Bell pressed against your neck,” Game rhymed.

Later, The Game resurfaced stating that the lyrics were old and not targeted toward Rivera. After taking care of some things behind the scenes, the rapper shared a screenshot of a GoFundMe for the slain rapper where it shows that Rivera’s funeral expenses had been paid.

“Holla’d at the family & got it done as promised with my family…. Don’t talk about it, be about it,” Game added in the caption. “Rest In Peace @indianredboy…. I hope it helps you guys send him off the way he deserves to be…. & from my loved ones to y’all, we send our condolences to @tbc_we_all_we_got @sevenzmommy @_mirageee @niiccoolleeeeee & the rest of Zarial’s immediate family & close friends.”

Game questioned whether blogs would “post the positive” and urged others to donate to Rivera’s family. “IF YOU DONT KNOW LA GANG CULTURE OR THE POLITICS OUT HERE SHUT THE F*CK UP !!!!” he added. “Tired of n*ggas just talkin to be talkin on here while homies out here gettin slaughtered over dumb sh*t !!!! #WeAllGottaDoBetter.”

We send our sincerest condolences to Zarial Rivera’s loved ones. Check out The Game’s posts below.