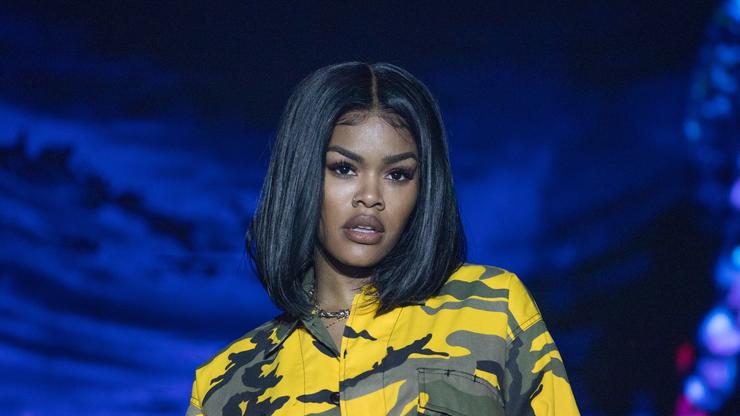 Teyana Taylor took to Twitter to call out the Grammys after only nominating men for best R&B album of the year.

The nominees for the 2021 Grammy Awards were announced today, and like every year, there has been some speculation that not every artist is being given fair consideration. More specifically, in this case, that the women in R&B never had a fighting chance. R&B star, Teyana Taylor, aired out some of her frustration over the Best R&B Album category via Twitter this afternoon.

The “Morning” singer angrily suggested that the Recording Academy re-name the category, as it doesn’t consist of one female nominee. “Y’all was better off just saying best MALE R&B ALBUM,” she wrote. “Cause all I see is d*ck in this category.” Ant Clemons, Giveon, Luke James, John Legend, and Gregory Porter are this year’s nominees.

Taylor’s dismay is being joined by countless fans who argue that her album should have made the list. In June, Taylor released her latest project, The Album, that gave us tracks like “Wake Up Love” and “How You Want It?” featured some major players such as Kehlani, Rick Ross, Quavo, Big Sean, and Lauryn Hill, among others.

She isn’t the first artist to slam the Grammys for the lack of diversity in their nominations this year. Stars like Nicki Minaj, Taylor Swift, and Dua Lipa have both took a stand against the inequality exhibited in past Grammy nominations.