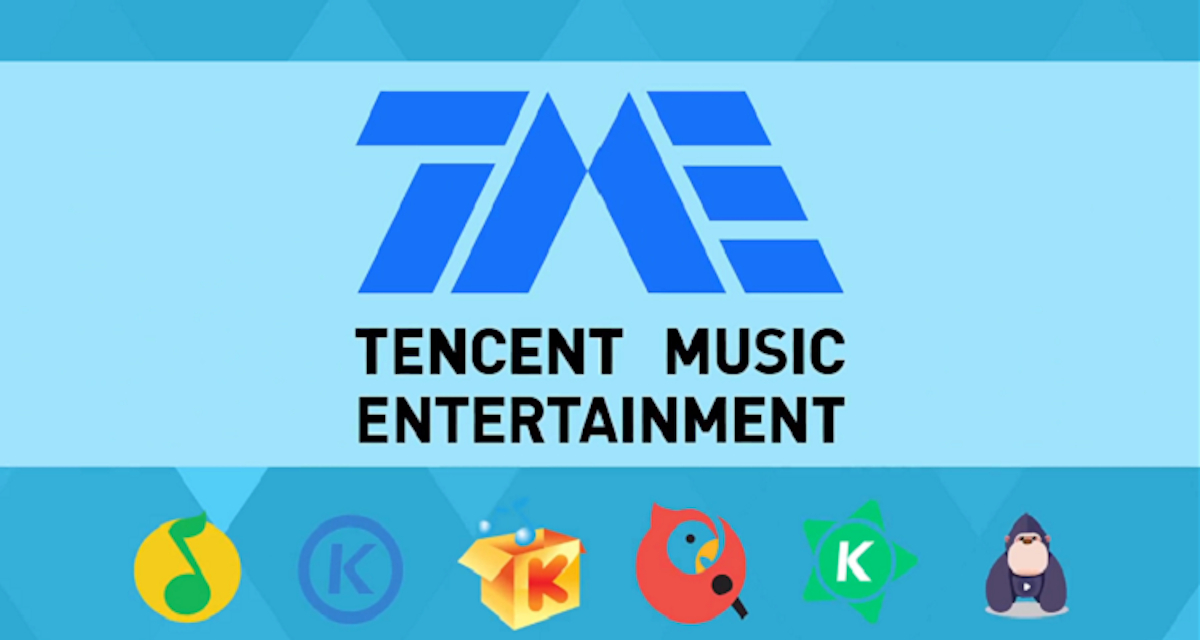 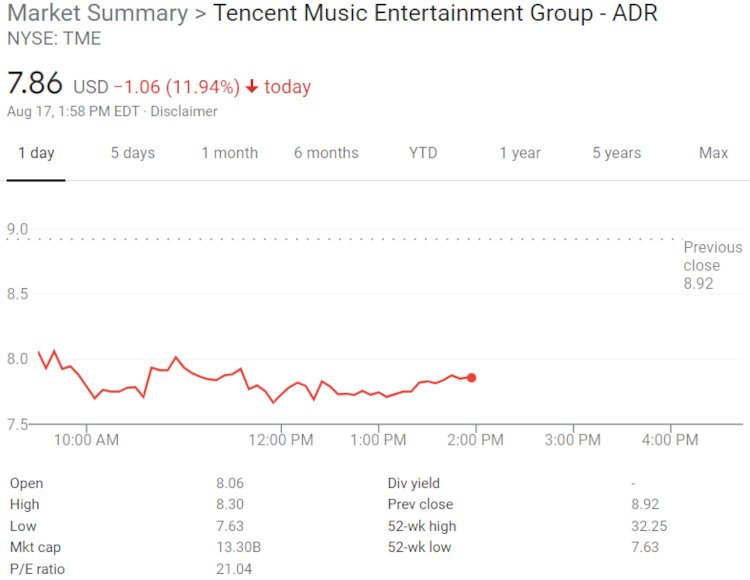 Tencent Music stock (NYSE: TME) has plummeted to an all-time low – despite the company’s seemingly solid performance during Q2 2021.

At the time of this piece’s writing, Tencent Music stock was down almost 12 percent from yesterday’s close, for a near-record-low price of $7.86 per share. The latter figure represents an approximately 27 percent valuation falloff across the last five days as well as a 60 percent or so valuation decline since 2021’s start.

Bearing the latter in mind, Tencent Music’s Q2 2021 revenue improved by roughly 15.5 percent from the same stretch in 2020, to about $1.23 billion (CNY 8.01 billion) at the present exchange rate, according to the document.

Within the figure, income attributable to “online music services” jumped by some 33 percent YoY, to $454.82 million (CNY 2.95 billion), including about $275.94 million (CNY 1.79 billion) from subscriptions, the report states.

On the other side of the coin, Tencent Music’s social-entertainment mobile MAUs declined by 13.3 percent YoY, to 209 million, “as a result of increasing competition with other pan-entertainment platforms.”

Online-music mobile MAUs, for their part, fell 4.3 percent YoY, to 623 million, according to the company. Similarly, social entertainment’s paying users came in at 11 million on the quarter – down 12.7 percent YoY – and music services’ monthly average revenue per paid user, at about $1.39 (CNY 9.00), slipped 3.2 percent YoY.

The exclusive music-focused “antitrust” penalty that China’s State Administration of Market Regulation recently issued against Tencent Music is perhaps the biggest contributor to the current stock-price woes. To be sure, Tencent Music has long touted the subscribership-related benefits of its vast exclusive-music library (in the Chinese market, that is), but it appears that higher-ups will have to walk back many of the corresponding deals to comply with the SAMR order. Tencent Music executive chairman Cussion Pang addressed the matter in a statement featured at the beginning of the earnings report.

“We would like to reiterate that TME sincerely accepts the decision issued in July by the regulator pertaining to exclusive music licensing arrangements. We are committed to fully complying with all requirements in a timely manner,” said Pang.

“While we expect some impact to our business operations as a result of this decision, we remain steadfast in our ongoing goals of fostering innovation, fulfilling our social responsibilities, providing users with better services and promoting the long-term, healthy development of the digital music industry,” he finished.