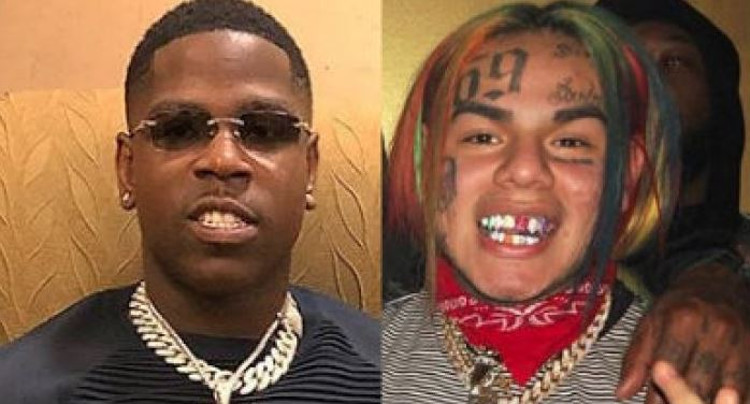 When Tekashi 6ix9ine takes the stand in the trial against Nine Treys Aljermiah "Nuke" Mack and Anthony "Harv" Ellison next Tuesday he will spill the beans on the whole operation.

That according to TMZ, who have seen the US Attorney's letter to the judge outlining their strategy:

The big thing … he will identify which Nine Trey Blood members are attached to various aliases used in incriminating texts, social media posts, DMs, and other communications. This is critical evidence for prosecutors, since they have to prove the messages were sent by the various defendants.

On top that, 6ix9ine will detail — and implicate himself — in a conspiracy to harm Casanova, who the Nine Treys were angry at because they believed he wrote lyrics critical 6ix9ine.  There were reports multiple altercations between the Nine Treys and Casa's crews last year.

We already learned that 6ix9ine will testify his role in Tre3way was to make money for the gang and distribute that money among the Nine Treys.

You can read the entire US Attorney letter here.