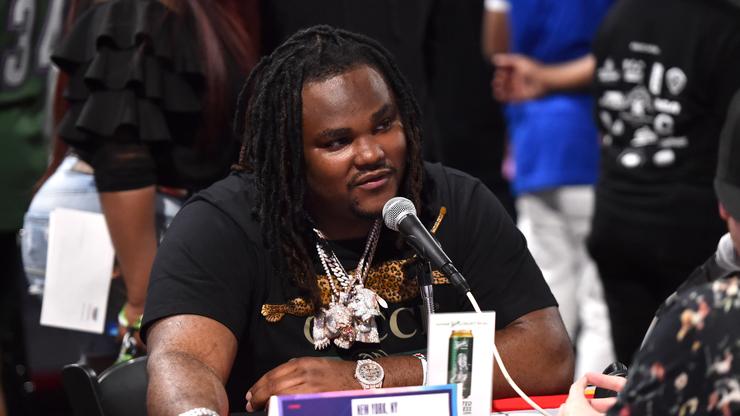 Tee Grizzley opens up about the shooting that killed his aunt who was also his manager.

Tragic news struck earlier this year when it was revealed that Tee Grizzley and his aunt were targetted in a shooting. His aunt, who also played a role as his manager, died after being shot eight times. In a recent interview with Bigg Dawg Blast, the Detroit rapper detailed what led to the shooting.

Tee revealed that he and his aunt, JB, were leaving a studio session and drove to Tee’s cousin’s house. The rapper explained that JB stayed in the vehicle because she thought it was dirty. He said that he pleaded that she come with him instead staying in the car but Tee admitted that she’s an incredibly cleanly person. He explained that he went to his cousin’s door and waited for someone to answer the door. By the time someone came to the door, he heard gunshots from behind

“So I get down ’cause I’m thinking they about to come to the side and start shooting at me, and I ain’t got nothin’ on me at the time,” he said. “So my cousin ran out with a gun, I’m like ‘perfect,’ so we ran out on the street and when we ran out, my driver was gone.”

Tee assumed his driver fled once shots were fired but he was immediately distraught that no one called him after hearing them. The driver went on to explain what happened. The driver told Tee that someone ran up on their car and opened the door in an attempt to “get at” the rapper. He said eight shots hit JB’s side but she didn’t die immediately.  He said he was on the phone with her after too. “I was tryin’ to talk to her. I ain’t hear what she saying. She couldn’t really form no words,” he said. “But n***as were coming for me because they opened my door.”

Peep the interview below.