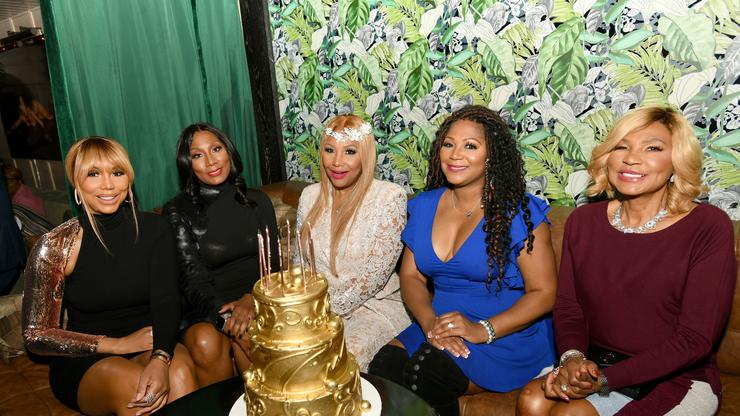 Members Tamar Braxton’s family took to social media to pray for her recovery after she was rushed to the hospital for a possible suicide attempt.

Three  Tamar Braxton‘s sisters took to social media to ask folks to pray for their family following Tamar’s recent hospitalization after a possible suicide attempt. The upsetting news broke on Thursday (July 16th) that Tamar had been rushed to the hospital after she was found unconscious in her hotel room. Reports claimed that she had attempted to take her own life, as her boyfriend David Adefaso, believed that she may have overdosed on pills and alcohol.

Now, Towanda, Trina, and Traci Braxton have taken to Instagram to ask for prayers for Tamar’s recovery. Traci was the first to share a post that read, “keep my family in your prayers.” Towanda echoed this sentiment, sharing a graphic that read, “Pray 4 our family.” Trina decided to simply share an image a red heart, the message loud and clear.

It appears as though Tamar’s issues may have stemmed from her tumultuous relationship with WeTV, the network attached to her family’s reality show, Braxton Family Values. She had written a “scathing” letter to the network, which was obtained by The Blast, weeks before her hospitalization, in which she accused the network exploiting her family by trying to pit them against one another for the sake ratings. She also called them out for exposing a secret hers—that she had been raped as a child from ages 6-16—without her permission, which left her suicidal.

“Your show has chosen to show the absolute worst side a strong, independent, and successful African American family,” she wrote in the letter. She also compared the network execs to “the cruel white slave masters who once chained our forefathers” and confessed that she feels like a “slave” to the show.

We’re sending our love to Tamar and the whole Braxton family during this time.