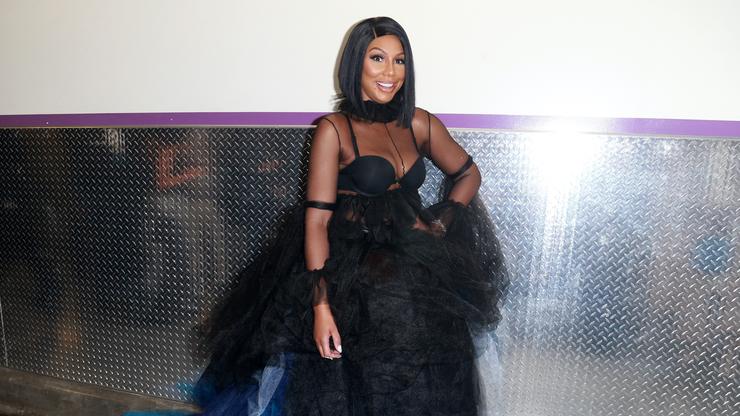 The songstress is already recovering after an alleged attempt to take her own life last week.

Tamar Braxton is now alert and responsive. She has reportedly been transferred to a new hospital after being rushed to the hospital last week following an alleged attempt to take her own life.

Friends and fans alike were left in shock last week after it was reported that Tamar Braxton was found unconscious. Pills and alcohol were suspected to be the cause. On Monday, sources close to Braxton confirmed the songstress is now awake and communicating with doctors about what had happened to her in the days leading up to the hospitalization.

The 43-year-old has also been transferred to another facility in Los Angeles to give her more specialized mental health treatment with top doctors that specialize in depression, anxiety, and sexual assault trauma.

It seems like the star’s tenuous relationship with WeTV and the network’s treatment her family’s reality show may have affected her mental well-being. “All happening because your show has chosen to show the absolute worst side a strong, independent, and successful African American family,” she reportedly wrote in a letter blasting the network. She added that the worst was “the day you dug up a secret I’d never shared with anyone, a secret I was so ashamed to talk about that I hid it even from my own mom: the fact that I had been assaulted and raped repeatedly from age 6 to age 16, sometimes multiple times a day.”

In the message allegedly sent to her loved ones, she concluded, “I am a slave. I do not own my life. My stories. My pictures. My thoughts or beliefs. I’ve asked my massa to free me. I’m threatened and punished for it. The only way I see out is death. I will choose that before I continue to love like this.please help me.”

The Braxton sisters took to social media late last week to ask people to pray for a speedy recovery for the youngest Braxton. Tamar has also received an outpouring support from celeb friends wishing the former television host a speedy recovery.