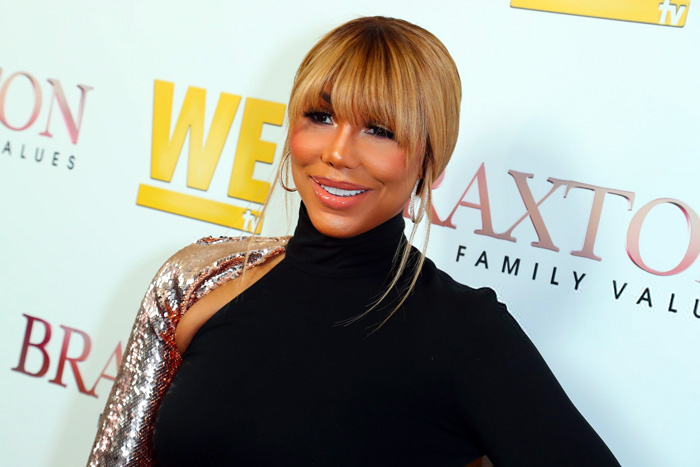 Tamar Braxton was rushed to the hospital after reportedly attempting to take her life.

Sources tell The Blast that Tamar’s boyfriend David Adefeso found the singer “unresponsive” at The Ritz-Carlton Residences in downtown Los Angeles on Thursday night and called 911. LAPD confirmed that they received a call around 9:45 p.m. in regard to a 43-year-old female with a “possible overdose.”

When emergency responders arrived, Tamar was unconscious inside her room and was transported to a local hospital. Her boyfriend told cops she may have overdosed on pills and alcohol. She is currently in stable condition and under 24-hour watch at the hospital.

The “Braxton Family Values” star, who has a 7-year-old son Logan, has been upset over an ongoing contract dispute with WE tv and vented her frustrations on Twitter. Earlier this week, a trailer for her new reality series “Tamar Braxton: Get Ya Life!” was released and she was not happy with her portrayal as an “angry Black woman.” She also changed her Twitter handle to read Tamar “Slave” Braxton.

“I WILL get justice for my family and all other black reality shows with the narrative ABP & negativity. it’s TERRIBLE& I’m tired,” she tweeted.

& STILL more DRAMA till this day! but that’s what happens when it’s all white executives having all the power & telling your black family stories🤷🏽‍♀️ I WILL get justice for my family and all other black reality shows with the narrative ABP & negativity. it’s TERRIBLE& I’m tired https://t.co/8k5TA2AOuz

Are we going to talk about pay…. I 100 percent wrote the theme song… where is the coin… our show is on Netflix…. where is the coin… 10 years on The air… we make 75 percent LESS than the kardashians. How come there are no villains on that show🤔 https://t.co/0dIueRQ2Dx

Tamar and David host a live YouTube show called “Coupled & Quarantined,” which was scheduled to air on Thursday night. Instead, viewers were told that Tamar was “not feeling well” and that the show would be delayed, adding, “Don’t worry it’s not Covid.”