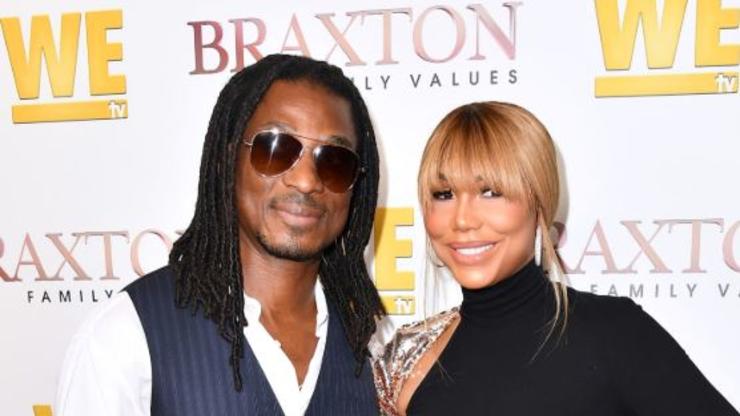 The 911 call David Adefeso, Tamar Braxton’s boyfriend, made has been released and he can be heard sobbing as he angrily speaks about WeTV.

The Braxton family has been reeling in recent days amid the news that Tamar Braxton may have attempted to take her own life. The singer and beloved reality star was found unresponsive in a hotel room at the Ritz Carlton in Los Angeles and since that time, Tamar has reportedly been recovering in a hospital before she will be transferred to another location. There have been reports that Tamar has been at odds with Braxton Family Values network WeTV after they aired her childhood family secrets that allegedly included the singer being raped and molested for years as a child.

Audio the 911 call has been released, and on it, Tamar’s boyfriend David Adefeso tearfully speaks with the dispatcher. “My girlfriend is not responding,” David says on the call. “She has a little bit her eye open… She’s been drinking. It’s like a half a bottle. She’s on medication for depression. I don’t know how much. She sent a letter earlier. Just ask them to hurry… She’s on medication. She was very angry earlier on because she had trouble with the network, the company she’s working with and they did something today… I hope this is not…” he says before he trails f.

The dispatcher told David to stay on the line to check Tamar’s breathing until emergency responders made their way to the hotel room. Then, David Adefeso began to cry. “I just… f*cking network,” he can be heard saying before he started sobbing. “And it’s come to this. When do you get free? At what point are you really free?… They’ve taken away her happiness. Everything.” WeTV has yet to respond to the allegations, but they did post a message to social media saying that they are praying for Tamar’s recovery.