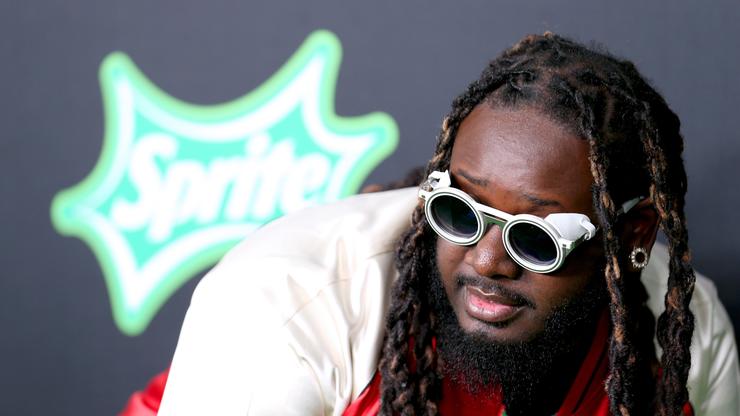 T-Pain pumps the brakes on releasing his new song with Tory Lanez.

T-Pain says he has a new track with Tory Lanez and Ty Dolla $ign ready to go, but whether the track will actually be released is up in the air.

The singer teased the track by asking his fans on Twitter how they are feeling about Lanez at the moment. A source for PageSix says Lanez fired gunshots at Megan Thee Stallion after a pool party in Los Angeles: “Tory fired the shots from within the vehicle while Megan was outside trying to leave,” the source said. “There is video and the police are investigating. This is a case a man physically harming and abusing a woman.”

“Aight so what’s the temperature on Tory because I was just bout to drop a song with him and $,” T-Pain wrote on Twitter, adding, “Oh y’all thought the “$” meant like I paid him or somethin 😂 nah. I Was saying him and Ty$. My bad. Mix up.”

Megan Thee Stallion posted the following statement on Twitter after news broke the incident: “Black women are so unprotected & we hold so many things in to protect the feelings others w/o considering our own. It might be funny to y’all on the internet and just another messy topic for you to talk about but this is my real life and I’m real life hurt and traumatized.”