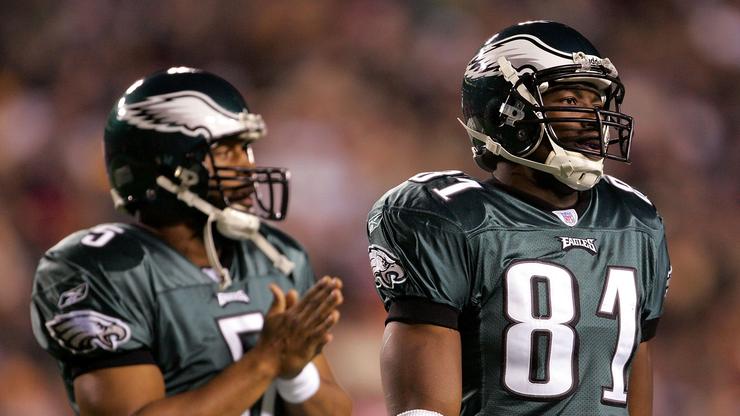 Terrell Owens says he “knows for a fact” that Donovan McNabb was out partying the night before Super Bowl XXXIX.

Legendary wide receiver Terrell Owens says he “knows for a fact” that his former Philidelphia Eagles teammate Donovan McNabb was out drinking the night before their Super Bowl XXXIX matchup with the New England Patriots. The Pats went on to win 24-21.

“There were people that saw him out the night before that said he was drinking,” Owens continued. “And I think that attributed to him throwing up in the huddle.”

Owens and McNabb have been engaged in a public feud since their days of playing together and it played a major role in the Eagles moving on from T.O. Owens also commented on his current relationship with McNabb:

I’ve tried. I tried to be cordial with the situation. I thought we had squashed it. At the end of the day, he don’t make me, man. … I appreciate the opportunity to have played with him. But check my stats before I got there and check my stats after I left. He’s supposed to be a great quarterback or one of the top quarterbacks in his minds, you can’t go to Washington and not beat out Rex Grossman.