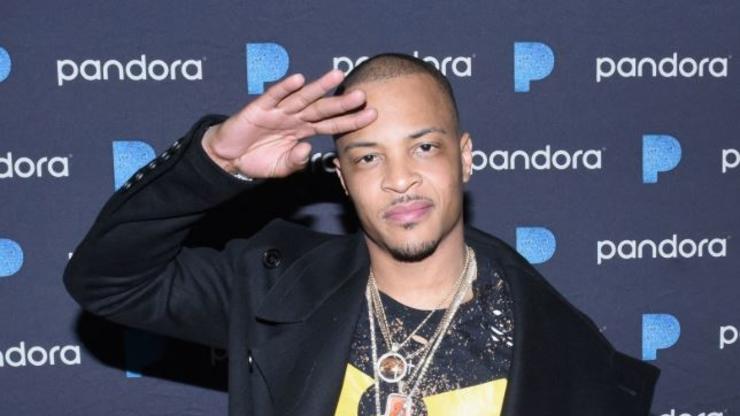 T.I. knows that Jay-Z most likely won’t leave his billionaire seat to battle on “Verzuz,” but he said he knows that he’s “doper” than 50 Cent.

The Verzuz pot continues to be stirred by the self-proclaimed King the South. We’ve watched as 50 Cent has laughed f T.I.‘s Verzuz battle challenge, but that hasn’t stopped T.I. from poking the bear. The Friends & Family Hustle star sat down with AllDef’s Roast This and admitted that 50 Cent wasn’t even his first choice, as T.I. really had his eyes on another New York icon.

“To be honest with you man, I want Jay!” T.I. revealed. “Who can see Jay-Z] sitting down to do a battle? If I’m a billionaire,  I’m not finna do that, either, but me and 50 ain’t that far f. As far as our confidence, as far as our bankrolls go, we kinda neck and neck, whether he wants to admit] it or not. And another thing, it’s personality. I need somebody who has a personality that won’t be so intimidated by my bravado.”

Elsewhere, T.I. gave the simple reason why he believes that he can take 50 Cent. “I’m doper,” said T.I. “I don’t care who sold however many records, I don’t care who has more number ones whether that means I’m up, meaning I have more number ones, more records sold, less records sold. Don’t care about that. I think my catalog is doper.” The rapper said his catalog stretches back from 2001 until present day, and he believes it’s better than Fif’s. T.I. described how he has a diverse mix music that has a little something for everybody, so check out T.I. explaining why he tops Fif musically below.

@Troubleman31 jumps on Roast This to break down why he’s ready to battle @50cent on @VerzuzTV He said he really wants Jay Z and he’s doper than 50! 🔥 It ain’t personal just business…King speak 👑 #AllDef #Verzuz #thesouthgotsomethingtosay @therealswizzz @timbaland sign em up!✍🏾