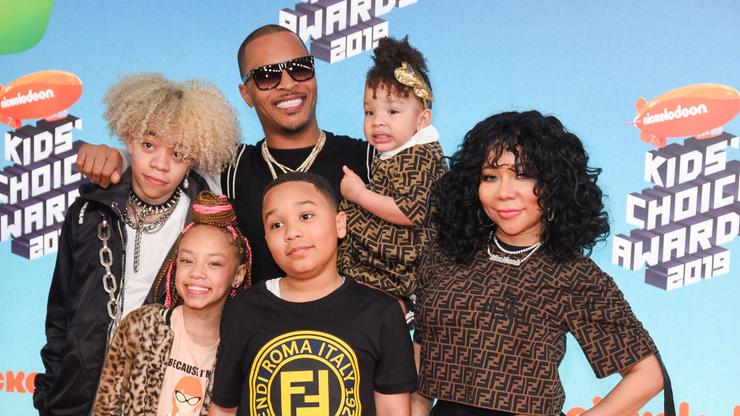 T.I. closed the year out by playfully roasting his son on Instagram.

King C’Andre Harris has always seemingly been the most individualistic of T.I. and Tiny’s children, moving at his own pace and doing things by his own accord. He has aspirations of following his father’s footsteps, working on his own rap career, but he’s unlike the other kids in the Harris household, mostly in the way he dresses. Taking more after Tiny for his looks, King Harris is likely to become a problem in music, and judging by his creative composure, his father thinks so too.

As the year closes out, T.I. took his opportunity to send love to each member of his growing family, including his “whole world”, which consists of his wife Tiny and his daughters. As for his son King, the teenager got roasted by his dad.

“The [cap] so STRONG on dis one right here Maaaan I’m tellin ya,” wrote the Atlanta rap legend on Instagram, posting a picture of himself and King in the house. “But we’ll slide like a church shoe’bout my round @the_next_king10 YKWTFGO.”

King wasn’t impressed with the caption, writing back: “Yadigg u know how we get. And capped up? Can’t be talking bout me.”

Tip also shared a portion of his latest talk with Shaun King on his expediTIously podcast, as well as a picture from the horror movie set he’s been working on.

Hopefully, T.I., King, and the rest of the Harris family have a happy and fruitful new year.