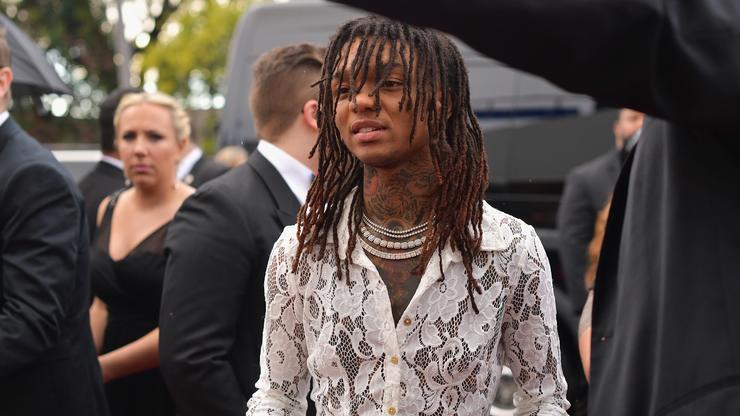 Swae Lee and Joe Budden engage in a little back-and-forth.

Following the arrival his latest tracks, Swae Lee is now defending one his creations after Joe Budden decided to critique the Rae Sremmurd member’s collab with Drake.

It was during an episode Budden’s podcast that the veteran drew criticism to the duo’s “Won’t Be Late” track, citing similarities to Swae Lee’s”unforgettable” French Montana collaboration.

“I cannot believe these ni–as gave us an Afrobeat,” Budden said declared. “…] If there’s two people that know that we don’t any anymore Afrobeats from them, it’s Swae and Drake].”

While his co-hosts took up for the track, labelling it as unoriginal but good nonetheless.

Still, Budden persisted: “Now people think that I’m just the contrarian guy …] It’s not a good record. Are we in 2015? When did Drake’s fuckin’ Afrobeats record come out? …] This is pure laziness. This is laziness …] You’ve heard this song 90 times.”

Naturally, Swae Lee is an artist and he is sensitive about his sh-t. He would soon pen a tweet that subliminally referred to Budden’s comments.

“Everyone has an opinion…unfortunately every opinion isn’t credible, and some just don’t hold any weight, don’t let someone’s small-minded opinion influence yours.”

Joe would soon retort in his latest episode the podcast, going f in a particularly aggressive fashion.
“We all like Swae Lee. So then shut the fuck up, Swae Lee,” Budden began. “We only don’t love you when you ain’t informed and then you start clappin’ back at some ni–as that’s doing their fuckin’ job, the way you doin’ your job. I don’t have to love every fuckin’ Swae Lee song. Hey, the record could work. It could be a huge hit, huge success, and some ni–as could still not like it. That’s OK. I’m so sick this era the sensitive artist. Shut the fuck up.”