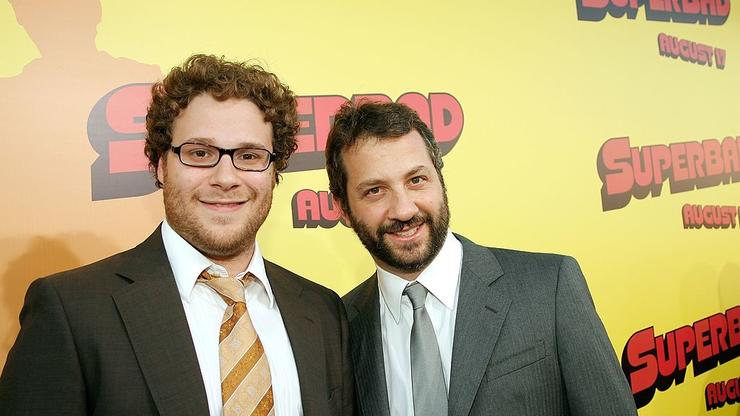 Jonah Hill wants to see an “old-folks-home” sequel down the road, otherwise, he’s not interested.

Superbad is one of the most popular (and arguably one of the best) high school comedies of all time, which has prompted many movie lovers to ponder why the 2007 flick never got a sequel. During a recent stint on the Inside of You with Michael Rosenbaum podcast, producer Judd Apatow revealed that he was on board for the project, although he couldn’t say the same for the original cast.

“Everyone was like, ‘Nah, we don’t want to screw up Superbad but accidentally making a crappy second one,'” the director recalled. “And I would always say the same thing: ‘Well, that’s like saying don’t make the second episode of The Sopranos. Like, why do you think we would screw up the second one?”

“I know that Jonah [Hill] said, ‘Oh, it’ll be funny to do it when we’re 70 or 80,’ but I really wanted them to do a Superbad in college where Jonah flunks out of college and just shows up and visits Michael Cera at college,” Apatow explained his idea.

As the NY Post reports, Hill pitched his own Superbad sequel plot to W Magazine earlier this year. “Our spouses die, and we’re single again. That’s what I want Superbad 2 to be, and that’s the only way I would ever make it,” the 38-year-old confirmed.

Seth Rogen – who co-wrote the movie and took on a smaller role after passing the character of Seth onto Hill – has also been vocal about his disinterest in doing a follow-up to his original.

“I’m unbelievably proud of it,” the Canadian told LAD Bible in 2020. “It really holds up — people still watch it, high school kids come up to me telling me that they watched it for the first time and how they loved it.”

“It’s worked its way into being viewed as one of the better high school movies that’s out there. I’m so terrified of subtracting from it in any way with a bad sequel or spinoff that I’d never do it. I have so few actual good accomplishments that I’m horrified to f*ck with the ones I have.”

Would you like to see Judd Apatow’s idea for a Superbad sequel brought to life in the near future, or do you think they should hold out until later on in Cera and Hill’s careers? Sound off in the comment section below, and tap back in with HNHH later for more pop culture news updates.