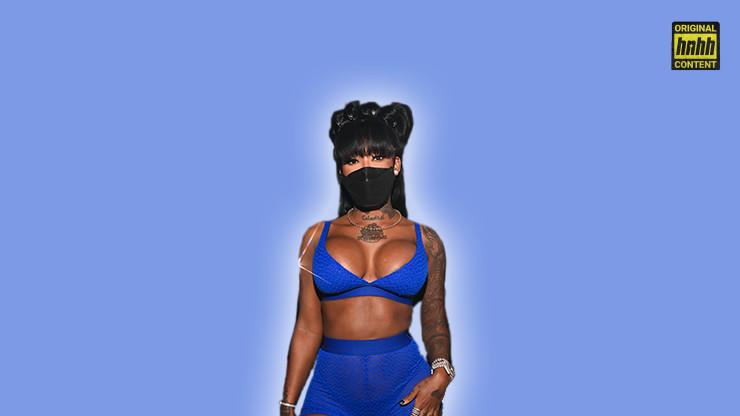 Summer Walker’s highly-anticipated sophomore album is slated for release at the top of November. Here’s our round-up of everything we know about the project, so far.

Summer Walker easily commands R&B’s attention with any and all hints of new music, no matter how small the morsel is. With her moody vocals, introspective lyrics, and uniquely alluring sound, Summer has found a sweet spot, suspended somewhere between tender self-reflection and carnal desire. Her enigmatic public presence continues to draw listeners into her world; it’s clear that Summer bares her soul in her music,  standing firm in her womanhood through and through.

Listeners were quick to engulf themselves in the sounds of her debut mixtape Last Day Of Summer back in 2018, an immersive, vulnerable meditation on the now-25-year-old’s experiences in love and life. Summer’s debut albumOver It came a year afterward, further enrapturing fans with her honest lyrics, hushed yet powerful vocals, and sultry, slow-groove sound. It’s been a year now since she released her latest body of work Life on Earth, an EP released smack-dab in the middle of the pandemic. For months, Summer fans have been grappling with the prospect of a new album. Then came the announcement.

Earlier this month, Summer confirmed the upcoming drop of her sophomore project Still Over It with a picture of two jerseys the Atlanta Falcons had gifted her, reading “S. Walker” and “Hard Drive” with the numbers “11” and “05,” respectively. A teaser for the album dropped soon afterward, officially announcing the project’s release at the top of next month, on November 5th. Since then, it’s been hints on hints, teasers on teasers. Over It quickly returned to the top of the charts. Summer’s name has speckled trending pages across social media. Fans have thoroughly flooded her comments.

Summer has the world in a chokehold, and with November 5th just around the bend, we’re here to examine everything we know about the album so far.

Everyone’s been waiting on her album, even her parents

It’s clear that fans have been waiting on Summer’s new music for a while now, and social media hasn’t let her hear the end of it. According to a caption on one of her posts, her parents haven’t either. “I get cussed out everyday in my DMs ‘bout the whereabouts of this album. My own parents don’t even ask me how I’m doing, just straight to where’s the album,” she joked on Instagram a month ago.

On October 1st, Summer made her first real announcement for her sophomore album, beginning with a video posted to Twitter from what appears to be the parking lot of the BET Awards. “I was super excited to go to the BET Hip-Hop Awards today, but they wouldn’t let me in due to COVID restrictions. I had such a pretty dress and everything,” she says in the video. The songstress had been barred from entering the building for not being vaccinated. “But it’s fine. BET love me, I still love BET.

“I was gonna talk about some stuff on the red carpet,” she continues, “so I decided to pull up anyway.” The camera then pans to the written announcement just behind her, the words “Summer Walker Album #2 Coming November” projected onto the side of a building in pink lettering.

In early October, Summer first confirmed the album release date on Instagram, posting a photo of two Atlanta Falcons jerseys the team had custom-made for her and her mother. Summer and her family are, after all, from Atlanta, and she had apparently attended a Falcons game the day the jerseys were posted.

Earlier that afternoon, Summer playfully shared a video of her strapping her hard drive into the car’s backseat on the way to the game, and she promoted her album on the jumbotron as the Falcons played. In the photos posted later that night, one jersey read “S. Walker” with the number 11; the other read “Hard Drive” with the number 5. Fans were quick to piece two and two together: the album is slated for release on November 5th. This would be a mere sneak peek into the rollout Summer and her label, marketing pioneers LVRN, had, and still have, in store for us.

Summer and JT’s song together, the upbeat second track “Ex For A Reason,” dropped a few days ago, followed by the music video

The official video teaser for the new album was released on Summer’s Instagram on the October 4th anniversary of her debut release, Over It. In the teaser, Summer also revealed the title of the album, Still Over It. The title obviously references Over It, and with the teaser also hearkening back to Over It‘s Baby Boy-inspired visuals, there may be a few ongoing themes bridging the two albums.

In the video, Summer and City Girl JT exchange some words over the phone, confirming a collaboration that dropped this past Friday (October 15). Together, they released “Ex For A Reason”, their spunky and unfiltered letter to an ex– the first track Summer has shared off the project and the second song on the album’s tracklist.

The song’s visual dropped the morning of October 19, and features Summer and JT as they get ready for a house party with a group of girlfriends. Watch the video below.

The project also includes a feature from Ciara, and is speculated to include artists SZA, Ari Lennox, Lil Durk, Pharrell, Sean Garrett, and more

A few months ago, a video was released on social media hinting at a collaboration between Summer and legendary music multi-hyphenates Pharrell and Sean Garrett. In the clip, the three are caught steeped in their process, laughing around a living room setup.

“Riding round listening to this album, can’t choose which is my favorite song,” she teased her fans. “It’s between Durk, SZA, and Ari fr. They all so good.”

Summer has also released photos of her in the studio with singer-songwriter Omarion, though that partnership hasn’t been confirmed for the album.

Beyond the speculation, however, she put out a preview of the Still Over It tracklist on Twitter last week, naming “Bitter” and “Ex For A Reason” as the album’s first and second songs respectively, and confirming a feature from Ciara, who will apparently narrate the last track of the album, entitled “Ciara’s Prayer.” Each song on the tracklist includes a date behind it–beginning with “Bitter,” which the tracklist associates with the date 8/4/2019– alluding that the album tells a story that took place over the last two years.

“‘Still over it’ is a story… and every story has its beginning!” Summer’s caption on her Twitter post reads.

Her fans weren’t impressed with “Ex For A Reason”, though Summer states she did not have the final say when it came to the first single

After dropping “Ex For A Reason” on Friday, Summer faced backlash from her longtime listeners on social media. Based on their tweeted opinions and reactions, fans were disappointed to hear such an upbeat song lead the project, expecting her slow and sultry sound and lyrical chops characterizing fan favorites like “Session 32” and “Girls Need Love.”

“They really could’ve kept ‘Ex For A Reason’ in the files,” one fan’s tweet reads. “Can’t get into this ‘Ex For A Reason’,” another fan tweeted. “Summer, next month you better knock me out my socks with the rest of these 19 songs!”

Summer was quick to respond to the critics. “Stop @-ing me. The first song I wanted to release was called ‘Toxic’, but we’re here now,” she captioned a selfie posted to her Instagram story yesterday. “I had no say in making this decision, so let’s move past it now.”

Regardless, the song debuted at #1 on the Apple Music US R&B and Soul charts for two consecutive days, and #72 on the Spotify US Daily charts with over 372,000 streams on its first day. At this point, fans are just waiting on the rest of the project.

In the caption for a video posted to Instagram a few weeks ago, Summer announced that she was spending time on set with photographer Ro.lexx, who has shot for the likes of Maria Isabel, Khalid, Billie Eilish, and Bryson Tiller. The video documents an especially adorable moment between their two babies. According to the caption, Ro.lexx was shooting Summer’s Still Over It album cover that day. Unfortunately, we won’t see the results of that shoot until we get closer to the release date.

Two weeks ago, Summer announced the official completion of the album, keeping the project’s rollout moving by creating an Instagram account for her hard drive, @SummersHardDrive. The account is meant to be home to all of Summer’s Still Over It updates. The bejeweled hard drive–which Summer jokingly adorned with a pair of lashes in a clip by artist and Youtuber Unghetto Mathieu– has been a distinctive prop throughout the rollout.

Yesterday (October 18), Summer posted to the account that she had set up encased copies of the hard drive in two New York locations. If fans are able to crack the cases, they can listen to the album early, and apparently, someone was able to smash the glass today (October 19), so we’ll have to keep our eyes peeled if the fan gets an early listen and divulges some hard drive secrets.

Indeed, listeners are recommended to pay attention to everything Summer posts on the account. Expect more album updates as the release date draws nearer.

Let us know if you’re excited for new music from the LVRN signee in the comment section.