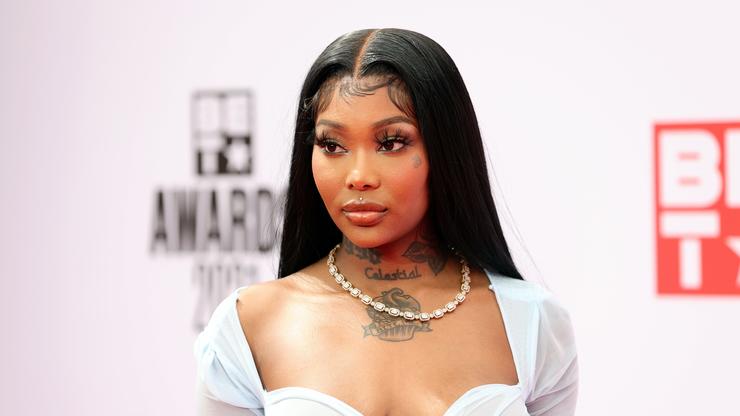 With Summer Walker‘s second studio album, Still Over It, set to drop this Friday, November 5, the “Come Thru” singer has finally revealed the record’s 20-song tracklist.

With song titles ranging from “Ex For A Reason” to “Constant Bullshit” to “4th Baby Mama,” it’s clear that Still Over It will follow in the footsteps of it’s 2019 predecessor, Over It, with themes of sex, love, relationships and the rollercoaster of emotions that comes with all of it.

Boasting 20 tracks, Still Over It, will certainly be an attempt to rack up the streaming numbers, especially with a long list of big-name features.

Beginning with narration from Cardi B on the album’s opening track, “Bitter,” fans will be immediately immersed in the Still Over It universe, bouncing from Cardi to JT to SZA in the first three tracks. Walker will go solo from the record’s fourth track, “Throw It Away,” to the record’s tenth track, “Switch A N***a Out,” before Ari Lennox appears on “Unloyal.” Lil Durk, Pharrell and Omarion are set to provide back-to-back-to-back features on “Toxic,” “Dat Right There” and “Screwin,” before Ciara is featured on Still Over It’s final track, fittingly named “Ciara’s Prayer.”

Walker’s revealing of the Still Over It tracklist comes on the heels of an impressive album rollout that included fans smashing open glass cases containing the album in hopes of securing an exclusive first listen. And based on the fervor fans showed in trying to smash the glass cases, it’s safe to assume there is an extremely high level of excitement for Walker’s follow up to Over It, which debuted at #2 on the Billboard Top 200.

What do you think of the Still Over It tracklist? Which feature has you most excited? Let us know in the comments.