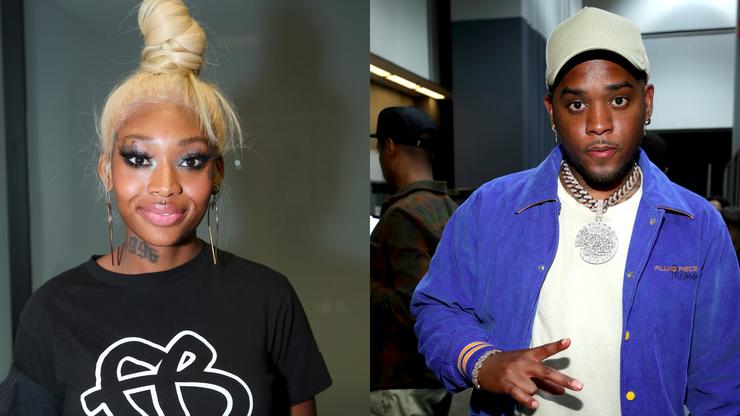 R&B star, Summer Walker took to Instagram on Monday night to share three new photos showing off her baby bump. Although she recently declared herself as single, her on-again-off-again boyfriend, London On Da Track made an appearance in all three photos, cozying up behind her, and giving her a kiss on the neck — seemingly back together again. Walker let the photos speak for themselves, sparing fans a caption.

“Officially single lol eventually you have to give some kind of f*ck about yourself,” she wrote in an Instagram story back in October. “It’s the bare minimum for me,” she added, as well as a throwing-up emoji.

Evidently, their split was a short-lived one, as her most recent post comes just a few days after the news of her pregnancy surfaced the web. The “Over It” singer revealed that she is pregnant with her first child, with a surprise announcement via Instagram on November 20. She shared a photo of herself in a snug, striped dress, clutching her bump, with a string of angel emojis below.

Fans were unsure whether or not Walker would be remaining single or not,  despite having a bun in the oven. But her latest post suggests that she and London On Da Track will soon be a happy family of three!

Side note: In case you missed it, Summer Walker was recently interviewed by R&B legend, Erykah Badu for Rolling Stone’s Musicians On Musicians, where the two discussed Badu’s long-standing relationship with Andre 3000.