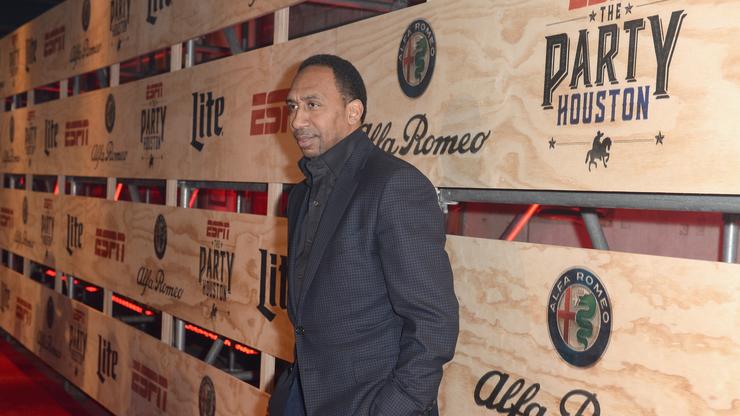 Stephen A. thinks Jake Paul is selling himself short.

Jake Paul defeated Tyron Woodley over the weekend, and it was yet another example of Paul defeating competition that isn’t experienced in boxing. While Paul has a couple of years of experience under his belt, his opponents virtually have none. Sure, they are fighters with a lot of professional years under their belts, however, they simply do not possess the sheer boxing skill required to actually put on a competitive fight.

Moving forward, fans want to see Paul take on a real boxer, and Stephen A. Smith is one of them. While speaking on First Take yesterday, Smith was adamant about what Paul needs to do in the future. Simply put, he needs to go up against someone who can actually match his skills in the ring.

“You’re not fighting boxers,” Smith said. “Somewhere along the way people have to stop walking around, laughing and acting like it’s alright for you to be beating up on cats that don’t box.”

Paul was supposed to go up against a real boxer in Tommy Fury, however, the fighter had to drop out due to a chest infection and a broken rib.

As for his next match, Paul seems to be looking towards the UFC again, which is bad news for fans who want to see him reach for greater. For now, Paul knows his lane, and it has allowed him to make a lot of money.