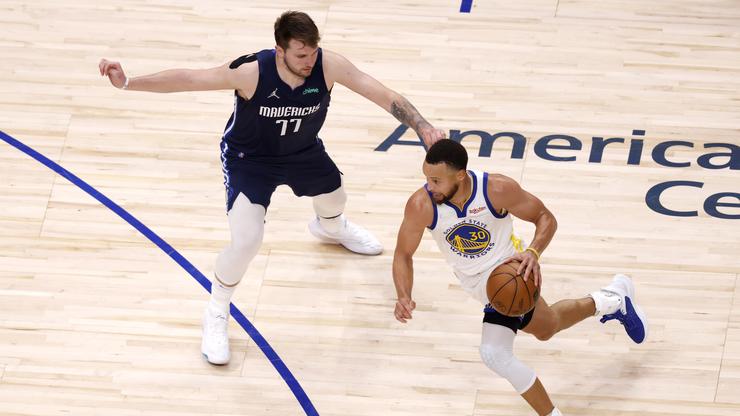 Steph Curry and his Golden State Warriors are once again, going to the NBA Finals. They have made it there six times in the last eight seasons and five of those appearances happened consecutively between 2015 and 2019. The team is missing Kevin Durant, however, they have solid pieces in Jordan Poole and Andrew Wiggins which means they will most definitely have a good chance of winning it all regardless of whether they play the Celtics or the Heat.

Curry had to go toe-to-toe with the likes of Luka Doncic who has proven himself to be the future face of the NBA. In the end, Doncic simply did not have the pieces necessary to win this matchup, however, he definitely gained a ton of respect for what he was able to accomplish in such a short amount of time.

After last night’s series deciding game, Doncic and Curry had a nice moment at halfcourt where they dapped each other up. As you can see, Curry has a ton of respect for the Mavericks superstar and that respect is definitely mirrored by Doncic, himself. These two will have plenty of other matchups down the line, and there may even be a changing of the guard at some point, especially as Curry gets older.

The Warriors will now await their opponent who is still playing in the Eastern Conference Finals. All signs are pointing towards the Celtics, but only time will tell who makes it out of the East.