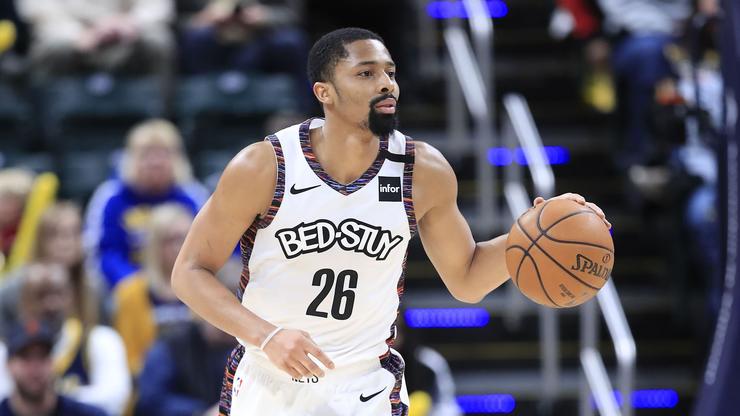 Spencer Dinwiddie had a pretty funny reaction to all these Bradley Beal rumors that are circulating.

Spencer Dinwiddie continues to be one the most active NBA players on Twitter. In his own right, he has become a bit a troll, especially when it comes to his business ventures. For instance, Dinwiddie started and eventually took down a GoFundMe that would have seen fans donating to him in order to crowdfund his upcoming free agency decision. Now, Dinwiddie is reacting to something a lot more pressing, which could ultimately affect where he plays next.

Yesterday, we wrote about the fact that the Brooklyn Nets were thinking about acquiring the likes Bradley Beal. Of course, Dinwiddie plays for the Nets and would most likely be a part any deal that could bring Beal into the city. With this in mind, Dinwiddie fered a quick reaction in the form a gif.

Essentially, Dinwiddie knows the Nets would have to move a lot pieces for this move to happen and deep down, he knows he would probably be part that equation. In Kyrie Irving’s absence, Dinwiddie has played phenomenally well this season and his value is surely at an all-time high. If you’re the Wizards, he is certainly looking like an attractive piece for a rebuild.

It will be fun to see how this all plays out.