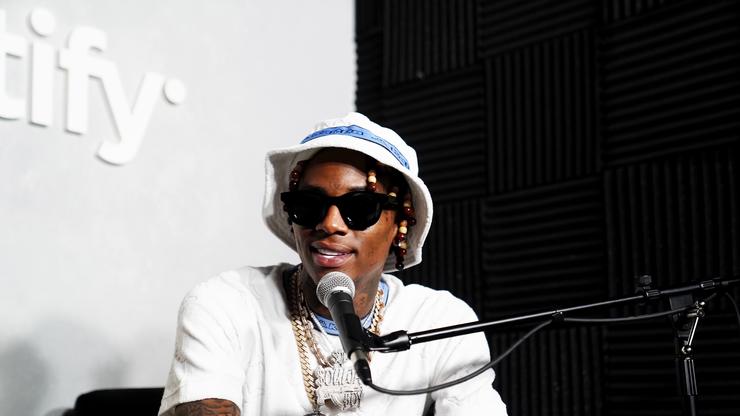 Soulja Boy and Charleston White have nothing kind to say about each other.

A few days ago, Soulja Boy and his entourage approached Charleston White and got into an altercation which resulted in White pepper spraying the rapper. White then recalled the event through laughs on Instagram, saying, “They didn’t know what happened… I hit they motherf**kin’ ass one more time just for goodness sake. That man Soulja Boy said… ‘Bruh! You maced me?!'” Soulja Boy didn’t find it amusing, responding to White saying, “You n***as scared of me.”

Now, both Soulja Boy and White have taken to social media once more to talk more trash. “Show me a hundred thousand, broke-ass n***a,” said Soulja in his video. In a response recorded in a car, White mocked Soulja Boy for running away. “Someone should have a video of the back of this boy’s head,” he said. “His elbows and his asshole all going in the same direction.”

“N***a you still live in a trailer park,” Soulja said in his video. “You ain’t never touched a million dollars. I’ve been making money since I was sixteen.” He then waved huge stacks of bills in front of the camera, repeating his taunt: “Show me 100K n***a. Show me 100K.” He refuted White’s retelling of the event, saying White was “shooting pepper spray and started running… N***a scared.”

“You’re face ain’t even healed yet,” said White in his response. “So I know you’re still aggravated and agitated. You got skin agitation so you still mad in some kind of way.” He also addressed Soulja Boy making fun of his age. “Young versus old,” he said. “I’m still a stud… Everybody was saying man get out of there. I said I’m not going nowhere.”

After all this, it’s still unclear who ran from whom. Perhaps we’ll never know. Check out the videos below.