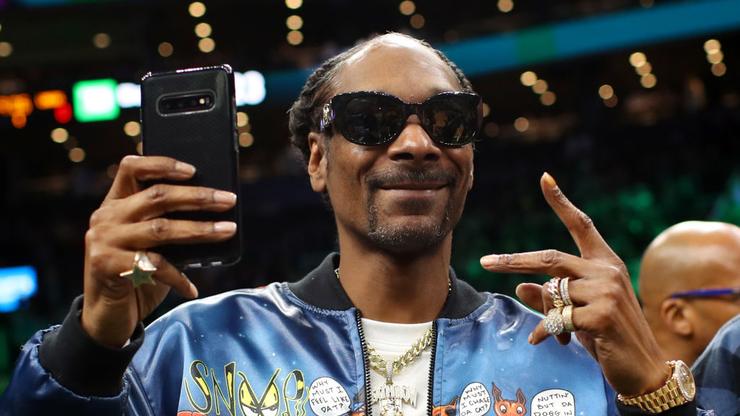 Snoop Dogg was the main attraction on AEW last night, performing a frog splash off the top rope.

Maybe Eminem should be worried about Snoop Dogg because everyone’s favorite happy-go-lucky Uncle Snoop just proved he’s still got some fighting skills, hopping into the ring at All Elite Wrestling: Dynamite last night and winning a match with his patented “Snoop Splash”.

When Snoop Dogg was advertised to make an appearance on AEW, nobody quite knew what to expect. Some fans of the program envisioned him on the commentary panel considering his tremendous job calling the Mike Tyson and Roy Jones Jr. bout. Others thought that he would be performing on the show, introducing one of the wrestlers. It turned out that Uncle Snoop was there to pull off a spirited dive from the top rope, landing a frog splash to get the victory in an impromptu match.

Making a cameo on the show and remixing Cody Rhodes’ entrance music, Snoop came out to the ring and wanted a piece of the action after Serpentico and Luther began brawling with Cody and Matt Sydal, heading to the corner and driving through Serpentico’s chest with an awkward-looking frog splash. Cody began counting, handing Snoop the win in an impromptu match-up.

Snoop has a history of working with the WWE, rapping on his cousin Sasha Banks’ entrance music. The company surely won’t appreciate him popping up on their competition’s programming.

What did you think of Snoop’s aerial skills? A little stiff, but good enough to grab the W!