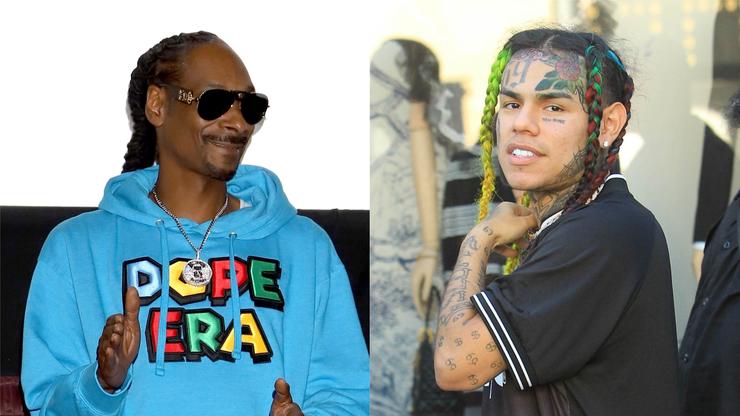 Snoop Dogg has been one the most vocal sources criticism when it comes to Tekashi 6ix9ine and the young rapper’s current legal situation. The recording artist-turned government informant is currently scheduled to be sentenced for his role in the Nine Trey Bloods racketeering crimes in December 2019. Until then, we’re left wondering exactly how much (if any) time the colorful superstar will get. This has been one the most fascinating stories to follow, truly marking a dive from the top the game to the bottom in mere months. Snoop has called Tekashi a rat, a snitch, and countless other names. During a recent guest appearance on Howard Stern’s radio show with Seth Rogen, the West Coast OG explained why he’s so adamant about spreading the word on how 6ix9ine messed up.

Asking the D-O-G-G if he believes 6ix9ine is a “crazy motherfucker,” Snoop told Stern that he just might be. “I would say. I mean, I’ve heard people telling on each other, ratting on organizations. He ratted on other organizations on top his organization, his friends, his people. I mean, he just went berzerk,” said the legendary hip-hop figure. “That motherfucker sang like Aretha Franklin. When did that become the ‘get out jail’ pass?”

Snoop went on to explain that, if he and Seth Rogen both commit a crime together and they decide on who’s gonna take the fall, chances are they’ll both end up doing time because they’re both involved. Snoop also spoke about his own time in prison, explaining that even one year is rough. Watch below.