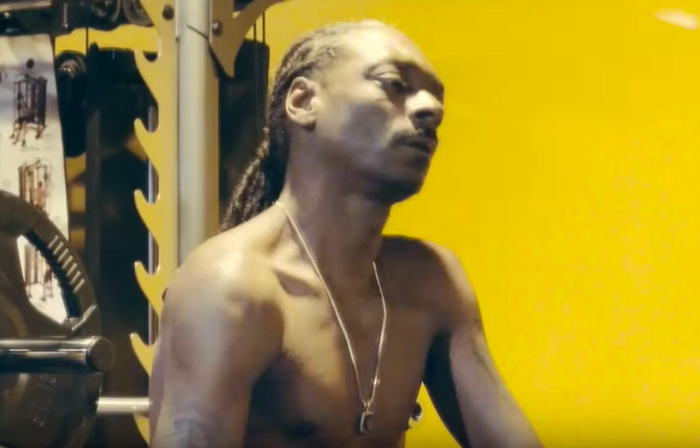 Snoop Dogg finds plenty “Motivation” in the video for his latest release, produced by Ben Billions.

Directed by D. Baker, the visual kicks f with Tha Doggfather in the gym. Soon, his workout is juxtaposed with NBA and NFL highlights. While S-N-Double-O-P dunks and hits threes in his gym, Steph Curry, Russell Westbrook, and Antonio Brown show f their pro skills on the court and on the field.

Last year, D-O-Double-Gizzle unleashed two projects. He dropped Neva Left in May and then Make America Crip Again in October.

Now, Snoop is trying to motivate the youth in other ways. Yesterday, he announced that he is hoping to raise money to help children in Los Angeles watch Marvel’s upcoming Black Panther film. Inspired by a similar initiative in Harlem, Snoop said he wants kids to “learn about a real black super hero.”