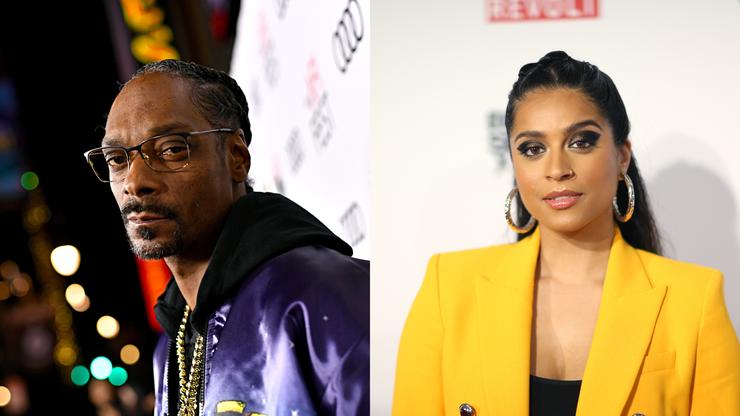 Snoop Dogg and Lilly Singh get together for a hilarious Thanksgiving day float.

Lilly Singh’s new late-night show has been making waves with some pretty big guests. In the spirit Thanksgiving, she grabbed Snoop Dogg for a special skit called “Rejected Thanksgiving Parade” where they roasted everyone from T.I. to Billy McFarland who’s Fyre Festival float was up first. Snoop Dogg, who was just as high as he usually is, busted into laughs as Lilly explained why it didn’t make it into the parade. “This one is cut from the parade every year because it doesn’t look anything like what the float organizers said it would look like,” Singh joked.

Singh followed it up with “the T.I.’s holiday gynecologist appointment” float. Snoop Dogg clearly didn’t want to say anything about his good friend but he did just cackle before admitting, “that’s funny.” When Lilly asked him what he thought about it, Snoop just said, “it’s Thanksgiving.” There was a 4/20 Danksgiving float that didn’t arrive because… well.. the guy was too high.

Although he spent some time trolling the Macy Day’s Parade with Lilly Singh, Snoop Dogg also hit the ‘Gram earlier today to preview a new Thanksgiving-themed banger but it came with some footage from his Thanksgiving turkey giveaway. The rapper joined the city Inglewood to hand out turkeys to families in need in the city. Check the clip out below.