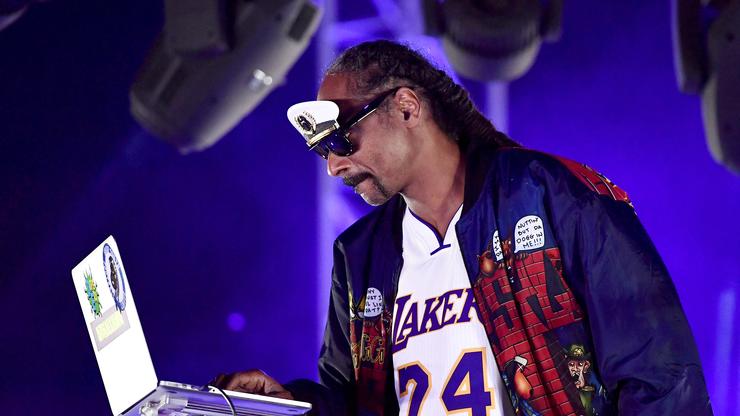 Snoop Dogg directly responds to Eminem’s “Zeus” and his recent interview on Shade45 discussing the diss.

You can count Eminem to be #1 on plenty of rap fans’ favorite MCs list. Over the course of his career, he’s proven to be a lyrical beast who’s also found commercial success — a rarity that not many wordsmiths are able to accomplish. But in recent times, his legacy has been smeared by several people. Lord Jamar is, obviously, among the most vocal individuals who’ve expressed their lack of enthusiasm for Em’s music.

Snoop Dogg also made comments that weren’t as malicious as Lord Jamar’s but still left Em feeling some type of way. It began on the Breakfast Club when the West Coast OG discussed his top 10 list, sparking outrage after excluding Eminem from it. “It’s some n***as in the 80s he can’t f*ck with,” said Snoop after he was asked why Em doesn’t crack his top 10.

But, it was the tone of it all that sparked a response from Eminem on Music To Be Murdered By – Side B. Snoop closed out his argument by stating that he could live without Eminem’s music, even though they’re brothers and teammates. On “Zeus,” Em issued a response before elaborating further on his Shade 45 interview on NYE.

“Everything he said, by the way, was fine, up to a point,” he said. “I probably could’ve gotten past the whole tone and everything, but it was the last statement where he said, ‘Far as music I can live without, I can live without that shit.’ Now you’re being disrespectful. It just caught me off-guard.”

Em probably couldn’t have released another side-B of his latest project without addressing Snoop’s comments. Many would’ve inquired about it even further during the subsequent press run. However, it seems that Snoop didn’t really care for Eminem’s bars in the first place. An Em stan account shared clips from the interview on their page where Snoop Dogg slyly snuck into the comments and continued to disturb the peace.

“Pray I don’t answer that soft ass Shit,” he wrote with a slew of laughing emojis. Of course, Eminem fans leaped to the rapper’s defense with in-depth Instagram analysis of the three bars directed towards Snoop on “Zeus.”

It seems unlikely that this feud will escalate even further. After all, the last thing hip-hop needs is two 40+ old rappers going at it on wax. But in the case that it does, who’s your money on? Sound off in the comments.