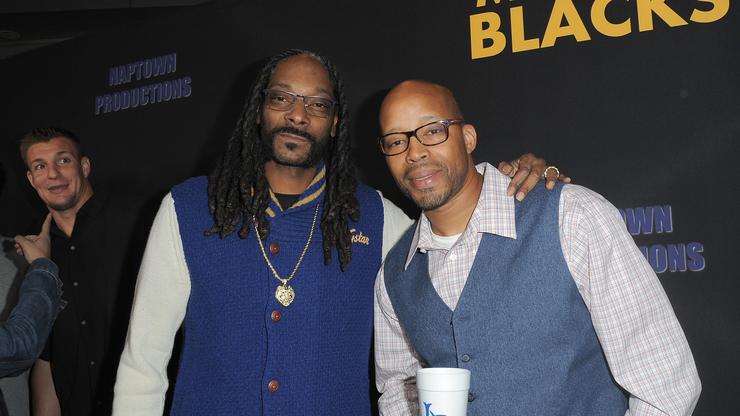 Snoop recalled being on Death Row but secretly working with Warren G at Def Jam because “Suge was taking everything.”

He was appointed the Executive Creative and Strategic Consultant at Def Jam over the summer, and Snoop Dogg has been relishing his new title. It has long been stated that Snoop has admired Def Jam Records and its influence in Hip Hop, and during his recent interview with The Breakfast Club, he sang the label’s praises while also revealing his secret dealing with Def Jam and Warren G when the “Regulate” rapper was working on his album.

“First of all, I’m a fan of Def Jam Records. As a rapper, as a kid, as a man. I just miss the mystique of Def Jam Records and what it meant to Hip Hop and what it was all about.” Snoop then admitted that the only label that Death Row saw as competition was Def Jam. “They were like, the epitome of what Hip Hop was supposed to be.”

Charlamagne chimed in and added that the “West Coast saved Def Jam” and Snoop quickly said that was thanks to Warren G—and him, as well. “My pen had something to do with that,” said Snoop. An intrigued Charlamagne pressed him for more information about that bit of Hip Hop history.

“Like I said, my pen had something to do with that,” Snoop repeated. “We was trying to protect the homie from Suge Knight at the time, Suge was taking everything so we wanted to make sure Warren G had a dope record without him being able to get it, so we silently, me and Kurupt and a few others, went to work for Warren G to make sure that his record could be what it was.”

There wasn’t any animosity about Warren G signing to Def Jam because, as Snoop recalled, “We all wanted to be on Def Jam.” He added, “You gotta understand, Public Enemy, Slick Rick, LL Cool J, EPMD, you understand what I’m saying? This a foundation to Hip Hop for us.” Watch the clip of Snoop on The Breakfast Club below.