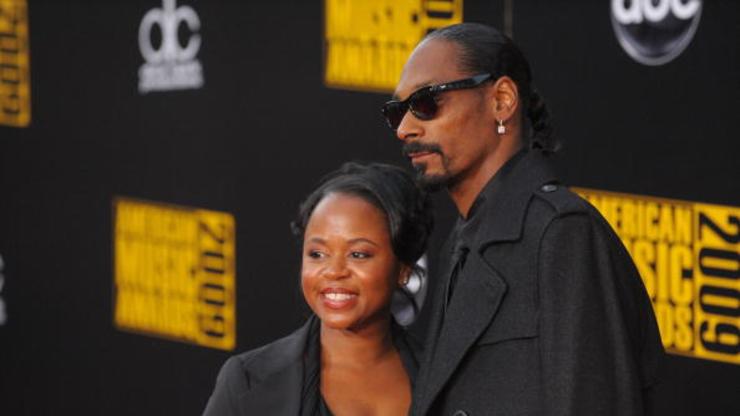 The appointment comes ahead of the release of her first book “Paid the Cost to be the Boss Lady.”

Snoop Dogg has been in the industry for a very long time. With such a storied career, it’s no wonder the West Coast icon is making all the right moves to cement himself as a legend.

On Wednesday (June 9), the rap mogul announced that he had appointed his wife Shante Broadus as his official manager. The serial entrepreneur and philanthropist is the founder of Boss Lady Entertainment (BLE), and got her start by managing the early part of Snoop’s career. Shante will oversee Snoop’s full portfolio of business ventures and investments.

“The industry at large is seeing a major shift in more representation of Black women in key executive roles. I am excited to enter this official position, helping to further expand Snoop’s wide-ranging empire,” said Shante of her new gig. “I have been by Snoop’s side for over two decades, so together with the rest of the team, our goal is to strengthen Snoop’s legacy as a brand with the loyalty and trust of our guidance that has made Snoop who he is today.”

Upcoming projects for the rapper under Shante’s guidance include: Mt. Westmore, Snoopermarket, Snoop Dogg’s Triller Fight partnerships, the Snoop Youth Football League, Snoop’s highly anticipated summer tour, and even more. The new gig arrives ahead of the release of her first memoir chronicling her life in the public eye Paid the Cost to be the Boss Lady, which was penned with an established NYT-bestselling author as her guide.

“Shante has been guiding my career behind the scenes from day one,” says Snoop about his new mangement. “She has always been my final gut check with all my decisions, and I wouldn’t be where I am today without her. I am grateful to have her as my official manager, helping to build the Snoop Dogg empire together.”

In addition to the chief management appointment, she will also oversee operations at Los Angeles music recording, production and events space The Compound, which is frequented by artists such as Nipsey Hussle, Kendrick Lamar, Cardi B, Wiz Khalifa, and others.