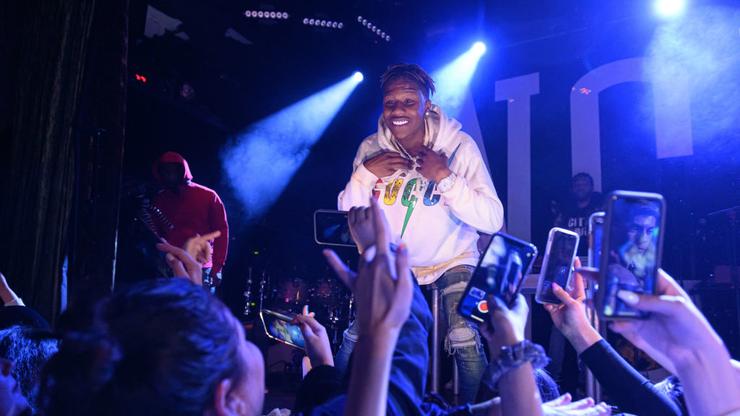 Bronx-born recording artist Toumani Diabaté – better known to fans as Smooky MarGielaa – has reportedly been arrested in connection to a shooting that took place in Queens, New York earlier this summer. According to DefPen, the 20-year-old was taken into police custody on September 1st, at which time he was charged with attempted murder in the second degree.

The incident leading to the rapper being put behind bars took place on 41st Street, just across from NYC’s Grand Central Parkway. “At approximately 2 a.m., a group of men allegedly got into an argument that resulted in one individual allegedly aiming a firearm at another person, who police claim is the New York rapper,” a report explains.

Once he had a weapon pointed at him, Smooky is said to have responded by “firing multiple shots at the unidentified individual” who was reportedly hit, then passed his gun to a third person who promptly fled the scene. Police believe that MarGielaa fled shortly after as well.

“The initial shooter is a Black man with dreadlocks who was wearing a red T-shirt and red shorts,” local New York news outlet QNS revealed to the public. “The third man has a light complexion and wore a green baseball cap backward, a white T-shirt, green shorts and white sneakers.”

Diabaté – who first rose to fame after appearing alongside the A$AP Mob on their Cozy Tapes project as a teenager – is expected back in court this Tuesday (September 20).

If convicted, the 20-year-old could face a prison sentence of up to 25 years. At this time, he hasn’t issued an official public statement, though users on Reddit have pointed out that this isn’t MarGielaa’s first run-in with trouble since he rose to fame.

“Wow that’s f*cked, I remember he was supposed to be the next big thing from ASAP/AWGE when he was like 15,” one person wrote on the r/hiphopheads forum. “[If I remember correctly], he had some other allegations over the years, the only news about this kid since that album has been bad stuff, nothing music-related. Sad.”

Read more about the past allegations brought against Smooky MarGielaa in the past here, and tap back in with HNHH later for more hip-hop news updates.