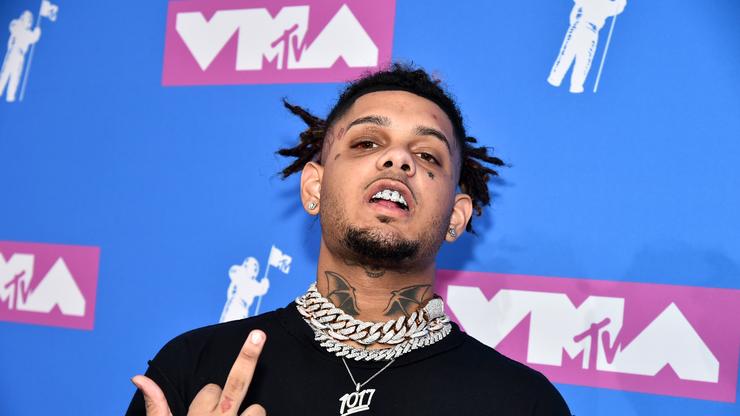 A viral Smokepurpp freestyle has been making the rounds on social media.

Smokepurpp has been in the news for all the wrong reasons as late. It all started just a few weeks ago after the release his latest project, Florida Jit. The album only sold 5,000 equivalent units in the first week, which led to a whole lot roasting on social media. Since then, Purpp hasn’t been too fazed by the criticism as he has plans to make more music and deliver for his fanbase.

Unfortunately, things got worse recently as a year-old clip from the Tim Westwood Show began making the rounds on social media. In this clip, Smokepurpp can be seen inexplicably freestyling for about 40 minutes. The full video features some pretty questionable bars, and once again, people began roasting Purpp for his lack lyrical dexterity. Recently, Purpp spoke out about the freestyle on Instagram Live.

As you can see in the clip above, Purpp blames the poor freestyle on the weed he was smoking at the time. The artist says he was smoking some pretty bad stuff and it was clouding his judgment. He also went on to note that every Tim Westwood guest has to freestyle and that some what he spat was pre-written.

If you’ve seen the freestyle, let us know what you think in the comments below.