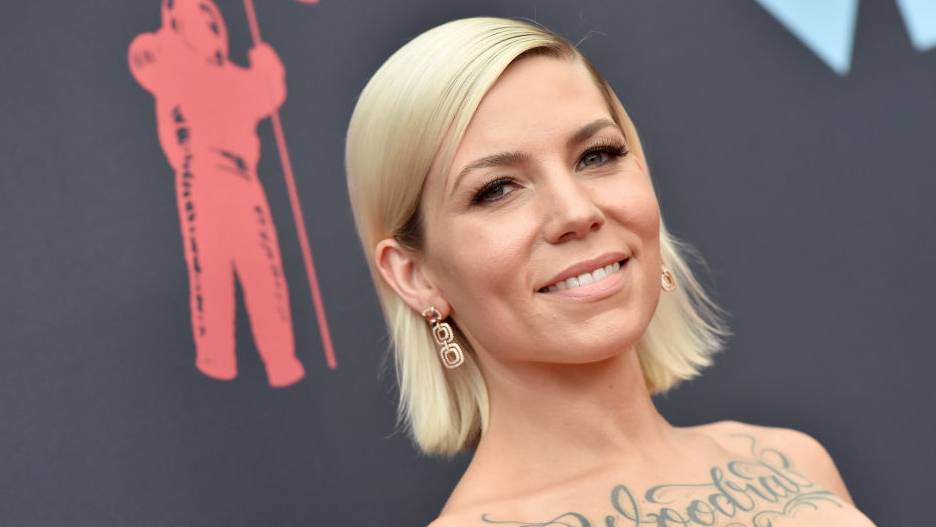 Los Angeles, CA – Skylar Grey has been a Hip Hop favorite since her rise to fame in 2010. You’ve heard her voice on some Hip Hop’s biggest tracks. If she didn’t sing on the song, there’s a good chance she wrote it. Such is the case with Eminem’s biggest hit: “Love The Way You Lie.”

“Love The Way You Lie” was met with enormous public appeal. The Rihanna-assisted Eminem track which released in 2010 spent seven weeks at the top spot on the Billboard Hot 100. The song eventually went Diamond and currently has over 2 billion views on YouTube alone.

After a slew failure, Skylar underwent a self-imposed exile, where she locked herself in an isolated cabin. While in confinement, Skylar committed herself to become self-sufficient. She taught herself ProTools and focused on her songwriting and music production. Through her publicist, Skylar met British producer Alex Da Kid. The first song they created was “Love The Way You Lie.”

In the first part a three-part series, Skylar tells HipHopDX about her early career, meeting Eminem, and being dead broke when she wrote her first Diamond-certified hit.

HipHopDX: What did “Love The Way You Lie” mean to you?

Skylar Grey: The song itself was very personal. I never had written a track before. Alex Da Kid] sent me this track and I just sang whatever I felt over it, you know? It was a very personal lyric based on my experience, not only with my ex-boyfriend, but the music industry. Feeling like there was something in me that loved to be tortured and loved the misery, because I kept getting sucked back into situations. That’s what “Love The Way You Lie” was about. Then a month later it was the #1 song. Eminem had cut it. Rihanna had cut it. I was broke living in a cabin in the woods and this was all happening and suddenly I had the biggest song in the world as a songwriter. Fucking crazy.

HipHopDX: Where do you go from there?

Skylar: Well, my phone was ringing f the hook. Everybody wanted their “Love The Way You Lie.” I had a ton different artists reaching out. Labels wanting to get songs for their artists. I always set out to be an artist. I never set out to be a songwriter for other people. But when I realized I needed to make a living in this music game, I opened my mind to getting other people songs. And it worked. I started answering these phone calls and it felt like commissioned artwork. I did some stuff for Dr. Dre and Puff Daddy and Lupe Fiasco. Mostly Hip Hop.

HipHopDX: Why do you think that Hip Hop was particularly drawn to your sound?

Skylar: You know, I don’t know. I didn’t really grow up with a Hip Hop background, although I discovered Eminem when I was twelve or thirteen and I was obsessed with his music. Then I got more into Hip Hop later in life. There was something in me that was always obsessed with that sound that pretty female vocal over hard rap] music. “Stan” was my first introduction to that sound. When I did “Where’d You Go” with Fort Minor, it sat in that same category. It felt like a cool place for me to live. I think I manifested this career for wanting to put my beautiful touches on harder music.

HipHopDX: When was it that you met Eminem?

Skylar: It was after “Love The Way You Lie” came out and was a big success. He invited Alex and I to Detroit to work on the project Dr. Dre was working on at the time. We walked into the studio and met Eminem together. It was crazy. I was really intimidated.

HipHopDX: I would be terrified.

Skylar: I remember just being super quiet, really shy. Later he told me he thought maybe I was kind a bitch because I was so quiet laughs].

HipHopDX: What were your first impressions him?

Skylar: I just thought he was one the most talented people all time. He was really easy to work with, surprisingly. All I knew him was his music up until that point. He’s been so generous with his time and feedback for me. He’s really become kind a mentor.

Stay tuned for the next part the Skylar Grey interview series coming soon and follow Skylar Grey on Instagram @skylargrey for new music.