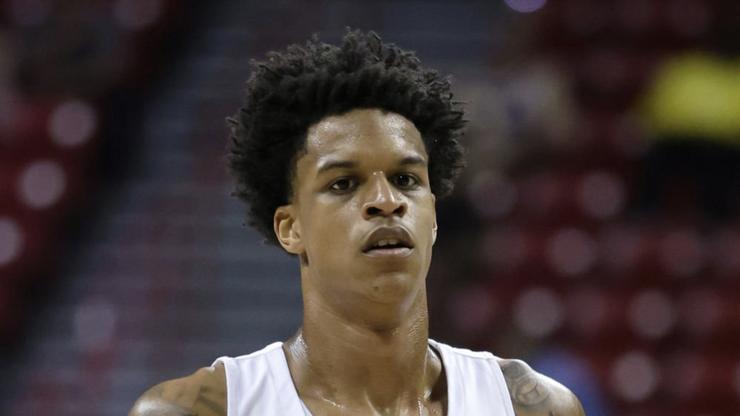 He added that he knew Horry was speaking “outta love and no disrespect,” but he has plenty of fight in him.

His basketball career has been under a microscope for years and as the son of an NBA great, it is expected. Shareef O’Neal has had the perfect person to school him on the court as the son of Shaquille O’Neal, and after he decided not to return to college ball, the younger O’Neal has been mapping out his professional career.

He played with the Los Angeles Lakers during the summer league and reportedly recently signed a six-figure contract with G League Ignite. As his career is discussed, basketball icon Robert Horry recently questioned O’Neal’s skills.

“I picked up my phone and I was getting ready to call Shaq like ‘Yo man, you gotta tell your son…he can’t be playing off the damn O’Neal name,'” the Lakers legend said while on his Big Shot Bob podcast. “‘He gotta go out there and play.’ You gotta put forth some more effort man. You know Shareef’s such a nice kid, that I don’t know if he has that dog in him to go out there and take what he wants.”

After Lakers Daily shared a portion of Horry’s quote on Twitter, O’Neal retweeted it and promised to show just how much fight he has in him.

“I know this outta love and no disrespect!!!” wrote O’Neal about Horry’s take. “I got you BIG SHOT[praying hands emoji] but you know who raised me , I don’t quit. Always been taught to go get it and take it . Been heading in the right step …like I said I got you! Youll see.” He also added that he wouldn’t be as active on social media because he has some training to do.