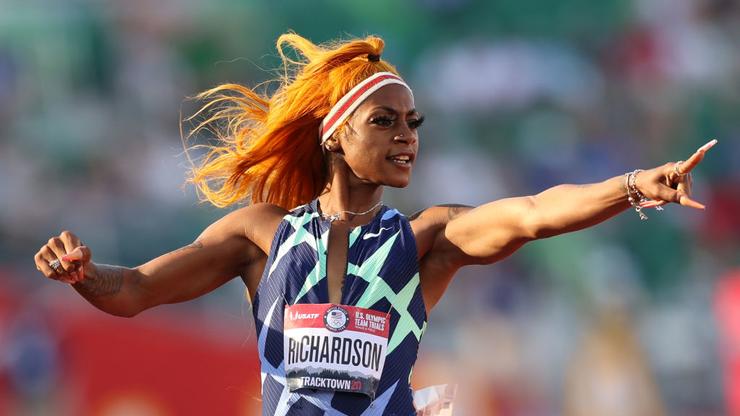 Sha’Carri Richardson responds to Usain Bolt’s advice, echoeing a fan who said, “Stop speaking on me when you don’t even speak to me.”

Sha’Carri Richardson has been having a breakout year of sorts, and it’s not necessarily because of her performance on the track. The American sprinter was one of the favorites in the 100M sprint ahead of the Tokyo Olympics but after she was suspended from competing at the event because of a failed drug test for cannabis, Richardson turned into a pop culture phenom.

The 21-year-old track & field star has been talking a big game, boasting about her athletic ability off the track ahead of her races, and some fans have grown tired of her brash and fiery nature. The Jamaican National team, for instance, appears to be fed up with Richardson, shading her last month after she came in last place against Elaine Thompson-Herah and others at the Prefontaine Classic.

Last week, Usain Bolt gave Sha’Carri some advice via The New York Post, and it appears as though the sprinter isn’t appreciative of what he had to say.

“I would tell Sha’Carri to train harder and to be focused and not say too much,” said Usain. “If you talk that big talk you have to back it up. So just train hard and focus on that and try to come back, do it, and then talk about it.”

Sha’Carri has unofficially responded to Bolt, updating her Instagram Stories with a fan’s comments, as well as her own remark.

“Good ‘humbling’ morning to y’all,” said Richardson before quoting a fan. “Everybody want to give advice in the media but none of them actually take the time to speak to her outside the media. So I feel her. Stop speaking on me when you don’t even speak to me.”

She added, “I could not have said it better myself” and “Y’all haven’t even heard the half of me.”

It looks like Sha’Carri couldn’t care less about what Usain Bolt thinks she should do. What do you think?