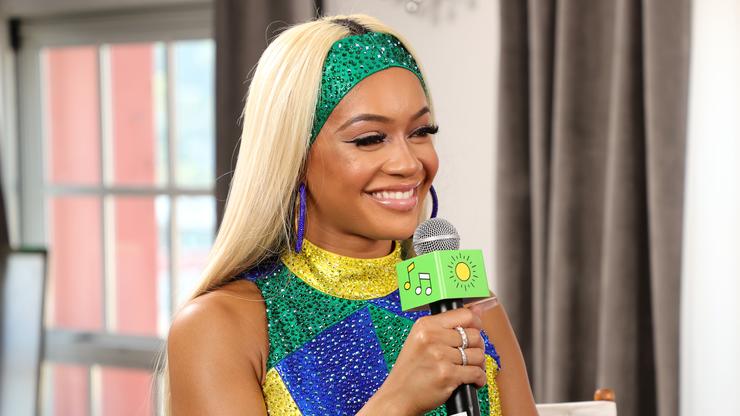 Saweetie’s social media shows that she’s having the time of her life amidst Quavo drama.

It seems that Saweetie is recovering from her breakup in the most healthy way possible – by shaking her booty in a bikini on the beach. The “My Type” singer posted a snippet of her in front of a beautiful ocean view, letting loose and throwing it back without a care in the world.

Rumours have been swirling for some time now that Saweetie may have reunited with her ex, Quavo after their dramatic split five months ago. The 28-year-old was quick to shut down the gossip, tweeting, “pinocchio ass article. anyways back to this #saweetiemeal,” referring to a piece about an alleged reunion between her and 1/3 of the Migos.

The pair broke things off very publicly back in March, with Saweetie sharing that she felt she had “endured too much betrayal” from her superstar boyfriend. “Presents don’t band aid scars and the love isn’t real when the intimacy is given to other women,” the Santa Clara born performer she wrote on Twitter.

Over the following months, plenty of drama would ensue, including rumours about Quavo taking back the Bentley he had gifted Saweetie, footage of an intense elevator fight, and plenty of shots fired in the form of sneak disses.

Despite the rough patch earlier this year, things are looking up for the Icy Girl. She’s spending her free time relaxing by the water, promoting her ongoing collaboration with McDonald’s, and working on the last few tracks for her upcoming debut album, Pretty Bitch Music.