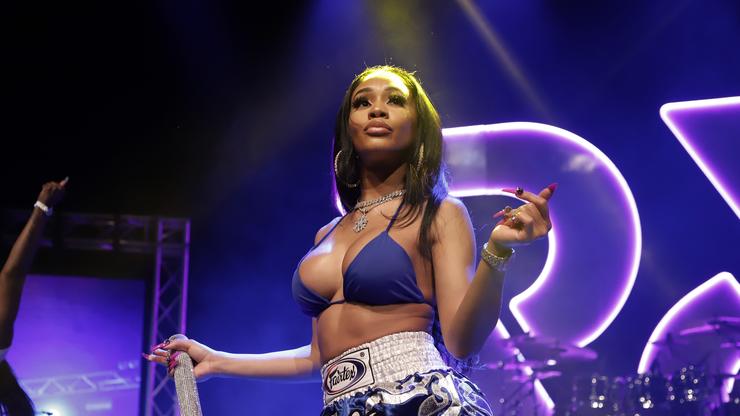 Saweetie launched a challenge for her new song, “Tap In,” in which she wore an “ugly” disguise before transforming back into a baddie.

Even when she tries to look bad, Saweetie is still fine as hell. The self-proclaimed “pretty bitch” is undeniably a looker, so it would take quite a lot for her to be considered unattractive. However, she decided to give it a shot. For her latest challenge, Saweetie threw on a disguise to try to make herself look ugly, before transforming back into her usual gorgeous self, and the results are hilarious.

In the video that she posted on Instagram, Saweetie begins by dancing seductively to her new single, “Tap In,” while rocking some fake buck teeth and un-groomed, bushy eyebrows. She then taps the camera with her makeup brush three times, at which point a much better-looking Saweetie appears on screen in a red wig and full face makeup. The rapper proceeds to dance some more while mouthing the words to the song and having a laugh.