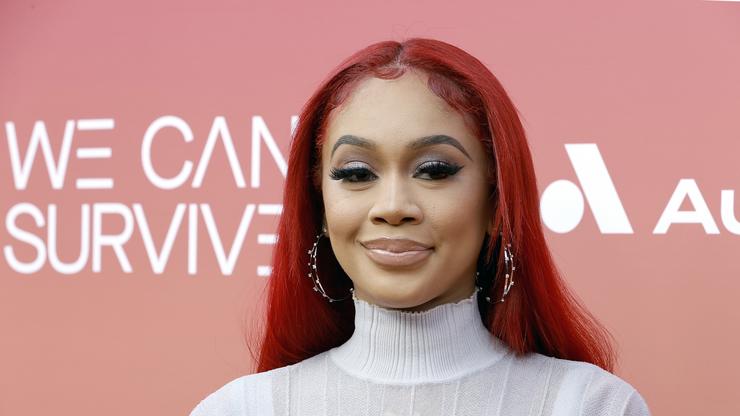 Saweetie will serve as a musical guest on “Saturday Night Live” this month.

No matter what your opinion is on Saweetie, you can’t deny that she’s a hustler. She’s ascended to the heights of pop culture without releasing a full-length EP. The Bay Area rapper has still landed deals with everyone from Crocs to McDonald’s, simply off of the strength of her brand.

While fans await the arrival of her forthcoming debut album, Pretty Bitch Music, it looks like there’s a sign it’ll be arriving at some point this month. Saweetie has been tapped as a musical guest for Saturday Night Live in November. She’ll be making her SNL debut alongside host Simu Liu. The “My Type” rapper is joining a superstar list of musical guests on the show this month which include Taylor Swift and Ed Sheeran. Saweetie and Simu Liu’s episode airs on Nov. 20th.

Perhaps, the date of her episode is an indication that the album could arrive this month. In October, Thug made his appearance on SNL following the release of his latest studio album, PUNK. Pretty Bitch Music could very well drop the day before her appearance on SNL, similar to Thug.

Very little information about Pretty Bitch Music has been made available since she announced the project. Earlier this year, she dropped Pretty Summer Playlist: Season 1 to hold fans over until PBM hits DSPs.

Check out the SNL announcement below.