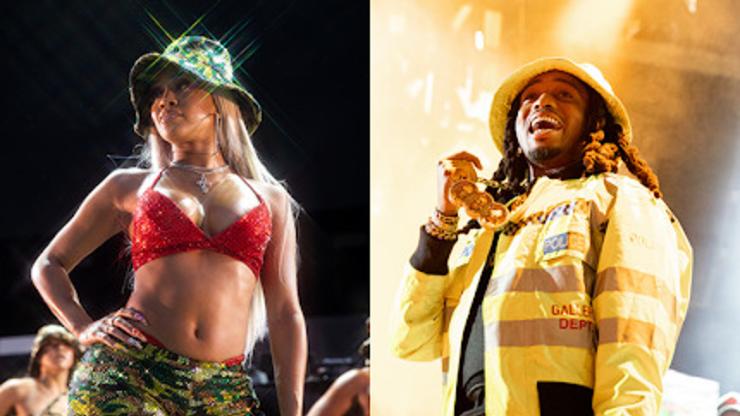 Photo by @timstype for HNHH

Saweetie and Quavo are rumored to be “quietly” spending time together.

Believe it or not, after their ugly split five months ago, there are rumors going around that Quavo and Saweetie are “quietly” spending time together again. The rumors come following a report by Media Take Out (so take it with a major grain of salt) that Quavo purchased a New York City condo and registered it in Saweetie’s name.

Now, sources including DJ Akademiks and Hollywood Life are sharing the rumors, claiming that the former couple has been spending time together recently. Over the weekend, they both performed at Summer Jam, so they could have rekindled the flame there.

So far, fans are pretty confused by the rumors, wondering why Saweetie would take back Quavoafter she publicized her cheating accusations, and especially after a video showed them getting into a scuffle in an elevator. Of course, there was also the drama involving her icy blue Bentley, which Quavo had repo’ed. On Quavo’s side, his fans seemingly understand why he would take her back, but they’re also upset after everything that transpired earlier this year.

The rumors are unconfirmed right now and we will keep you posted as more information comes out.

Recently, Saweetie has been promoting her new McDonald’s meal, for which she also launched a line of merchandise this week. Quavo has been quiet as of late, aside from a report that he pays his assistant $5,000 per day, which you can read here.

What do you think about Saweetie and Quavo potentially getting back together?