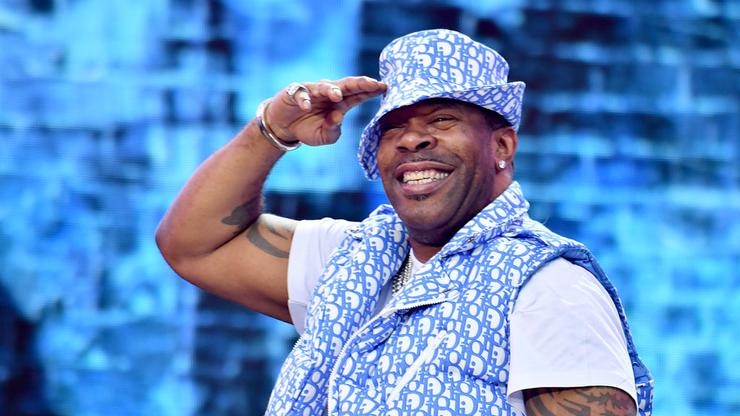 Sauce Walka shares an emotional reflection after connecting with the legendary Busta Rhymes in the studio.

Sauce Walka is quietly one of the game’s secret weapons, especially when it comes to lyricism. Case in point, his song “Ghetto Gospel” was enough to land a spot on JAY-Z’s TIDAL playlist — and Hov is one of the best rappers of all time.

Suffice it to say, fans of Sauce Walka already know what the rapper brings to the table — and that’s a group that includes Busta Rhymes and his sons. Their admiration of Sauce’s craft ultimately led Busta to reach out and arrange a collaboration, which sparked an emotional moment of humbling reflection from the Houston rapper.

“When one of your Top 5 gives you a verse because you are Top 5 in the eyes of his childrenâ¼ï¸” captions Busta. “To know Bus & his sons feel my BARS have the power to heal, teach, bring joy and change lives really moved my heart like i never expected.”

“@bustarhymes Thank you for assuring me my lyrics and legacy are amongst the gods an I’m holding the culture touch properly,” he continues. “To battle u in the booth was HONOR higher then all King @daringer_ ima make [the world] feel u…Ni**a writing this shit crying again @bustarhymes thank u Gangsta real life.”

If it wasn’t enough that Sauce Walka and Busta Rhymes would be linking on wax, the fact that Daringer is providing the beat all but ensures that we’ll be getting some raw hip-hop — if that wasn’t already expected given the emcees involved. Lest we forget that Sauce Walka is an excellent lyricist in his own right, and while his prolific work ethic may overwhelm casual listeners, those who have taken the plunge can attest to his depth and versatility.

Check out Sauce Walka’s post below, and look for his Daringer-produced Busta Rhymes collab to land in the near future.