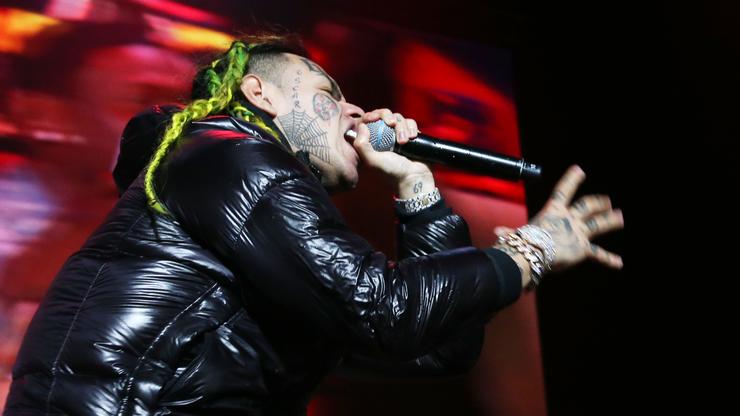 She talks about their tumultuous relationship as well as their lack of co-parenting.

There’s no love lost between Tekashi 6ix9ine and Sara Molina, and it’s clear that the two have difficulty getting along for the sake of their young daughter. Over the years, both 6ix9ine and Molina have targeted each other in the press and on social media, and it doesn’t look as if things have gotten any better behind the scenes. While promoting his latest album TattleTales months ago, 6ix9ine admitted that during his relationship with Sara Molina, he “beat the sh*t” out of her. She recently sat down with Hollywood Unlocked to discuss her relationship with the controversial rapper and detailed the alleged abuse she endured.

“You know, it’s crazy. I wasn’t so forthcoming about my whole domestic abuse. Any of it at all,” said Molina. “It was right before he had got locked up in 2018 that a picture was leaked of my busted mouth. He had, one morning, punched me in my mouth and I took a picture of it and I sent it to someone, but that person, later on after the fact, right down to the wire of him about to get locked up, they leaked it and it was just everywhere.”

“Even after that, I was quiet ’cause it’s just like, I wasn’t ready,” she continued. “I didn’t have a choice to put that stuff out there. Someone did it for me. That wasn’t fair. I’m not mad at the person for doing it.” Check out Sara Molina’s full interview where she dishes all about 6ix9ine below.