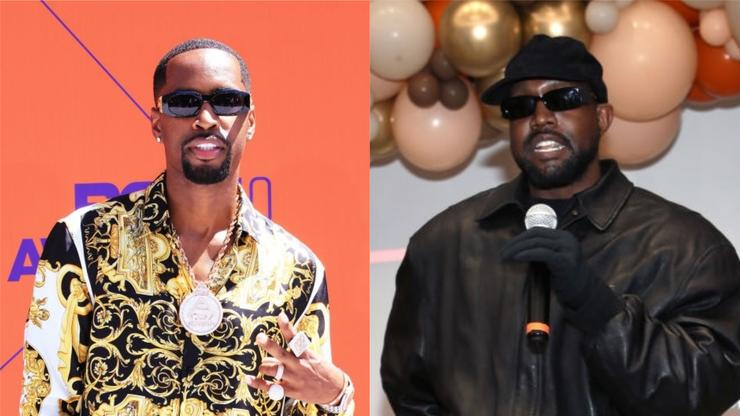 Safaree says he used to be inspired by Kanye’s fashion, but now he’s just “bothered.”

Would you rather dress like Kanye West or Safaree Samuels? An overwhelming number of people would likely choose the former, considering he is one of the most influential people of the last few decades in fashion. Having built his Yeezy brand from the ground up to become a multi-billionaire, Ye has sported some of the most era-defining looks, single-handedly changing the sneaker industry and contributing largely to how streetwear has taken over the fashion world. Reality star Safaree Samuels is very much aware of Ye’s impact in that space, but he’s “bothered” these days over the legendary artist’s clothing choices.

Yeezy is still one of the top brands in sneakers but Safaree says that in the last two years, he’s “hated” Kanye’s stylistic decisions.

“I’ve always been a Kanye fan but I really hate how he’s been dressing these last 2 years,” said Nicki Minaj‘s ex over Ye’s wardrobe, which was engineered mainly by Demna Gvasalia’s Balenciaga. “He use to be inspiration with clothes and jewelry. Now this guy just wears hoodies and black gloves and it bothers me.”

For what it’s worth, Safaree isn’t the only person that has grown tired of Ye repeating outfits. In the last few weeks, we’ve seen Ye travel the world wearing exactly the same outfit, usually complete with a pair of Balenciaga boots, which look perfect for deep-water trekking. For somebody that has gone viral for wearing a questionable denim vest and fur in the summer, Safaree might not be the one to talk about other people’s fashion choices.

What do you think? Is Ye’s style growing old?