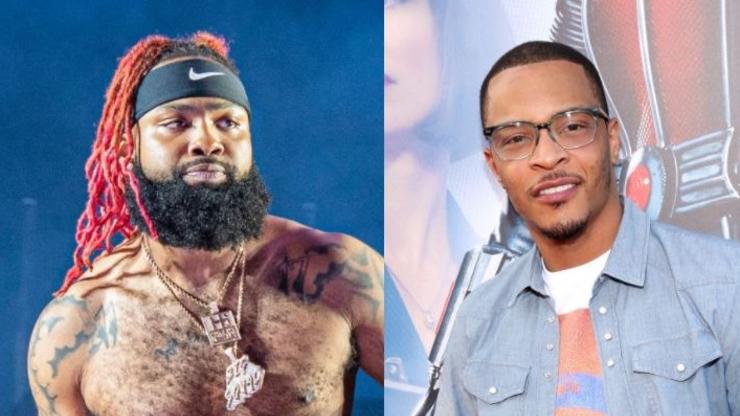 T.I. is feeling the effects of his decision to post certain messages pertaining to people traveling to Atlanta to violently address their beef. Following his posts, T.I. received criticism because people believed he was speaking about King Von, the Chicago rapper who was murdered outside of an Atlanta bar. As many of Von’s friends in and out of the industry attempt to reconcile his death, Sada Baby spoke about whether or not the situation has caused him to move differently when out and about.

“I don’t second guess going out. It’s just…you gotta move a certain way,” said Sada Baby. He quickly clarified that he isn’t suggesting that King Von didn’t do that because he was aware that the late rapper exercised precautions. “I wish his situation was different and he coulda got outta that b*tch. Rest in peace, my brother.”

Sada was asked if he had any words to the person who was arrested for Von’s murder and those who have yet to be found. “Y’all gotta leave that sh*t to the streets, man. I ain’t gon say nothing about how n*ggas supposed to go about his death. Uh uh. I ain’t sh*t to say to them n*ggas.” Then, he addressed T.I.‘s recent controversial comments about people not coming to Atlanta to settle their beefs with killings. T.I. later explained that his social media posts didn’t have anything to do with Von.

“He said what he said and then he tried to recant and say that it wasn’t about Von but if it wasn’t about Von you coulda waited ’til next week to make that post,” said the Detroit rapper. “I got love for T.I. We kick it, we cool. But certain sh*t, he could’ve waited to post that.” Sada added that some people can be light-hearted about tragedies or respond in ways that not everyone relates to, so it’s best to just wait until some time has passed. T.I. has since deleted his posts. Watch Sada Baby on TMZ below.