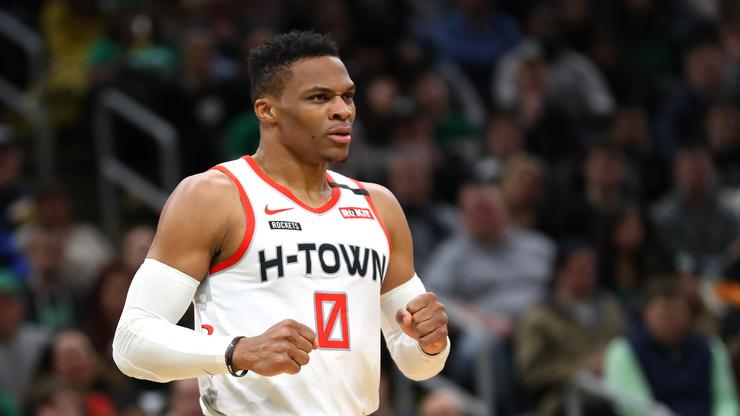 The NBPA has reportedly partnered with Russell Westbrook’s clothing line, Honor the Gift, to produce clothing that will feature social justice messages that weren’t permitted on the NBA player’s jerseys for the rest the season.

Shams Charania, Senior lead NBA Insider for The Athletic tweeted, “Sources: The NBPA is partnering with Russell Westbrook’s clothing line to design social justice shirts for all NBA players to incorporate some messages that were not approved for jerseys.”

Charania says the options will include “Systemic Racism,” “Police Reform,” “I Can’t Breathe,” “No Justice No Peace,” “Break the Cycle,” “Strange Fruit,” “By Any Means,” “Power to the People,” “Equality,” and “Am I Next?”

Many have voiced complaints that the NBA’s approved list social justice messages is too small. LeBron James, in particular, has been a vocal opponent the options: “I would have loved to have a say-so on what would have went on the back my jersey,” James said, per ESPN. “I had a couple things in mind, but I wasn’t part that process, which is OK. I’m absolutely OK with that. … I don’t need to have something on the back my jersey for people to understand my mission or know what I’m about and what I’m here to do.”