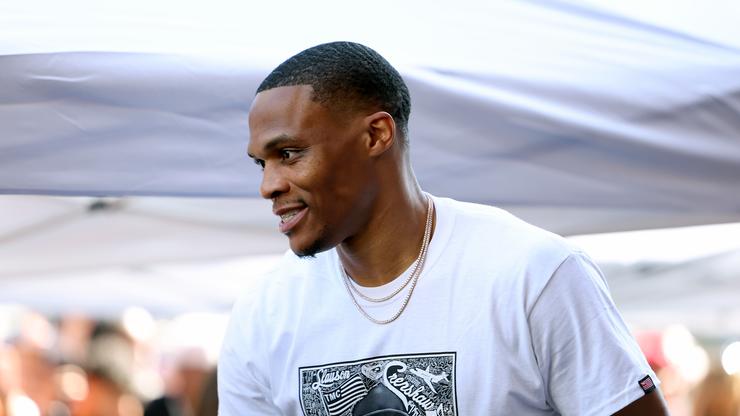 Russell Westbrook is ready to redeem himself.

Russell Westbrook had himself a horrible year with the Los Angeles Lakers during the 2021-22 campaign. Fans were incredibly disappointed with Russ‘ play out on the court, and it was very easy to see why when you think about how he did not live up to his mega contract. The Lakers didn’t even make it to the play-in tournament, and it had fans calling for his head.

Throughout the off-season, the Lakers have been shopping trades for Russ, although it has not worked out in their favor. Russ will be starting the season as a Laker, and the team will just need to figure out how to make it all work.

Despite all of these knocks against Russ, there is no doubt that he is still doing his best to get in shape for this season. For instance, Russ has been in New York where he has trained with renowned shooting coach Chris Brickley.

In the latest video from the basketball coach, Russ can be seen taking part in numerous drills, all while showcasing his world-class athleticism. Usually, these videos don’t actually mean much, but you can’t help but feel excited as Russ looks to redeem himself this season.

Give us your thoughts on Russ‘ moves, in the comments below, and stay tuned to HNHH for more news from the NBA world.