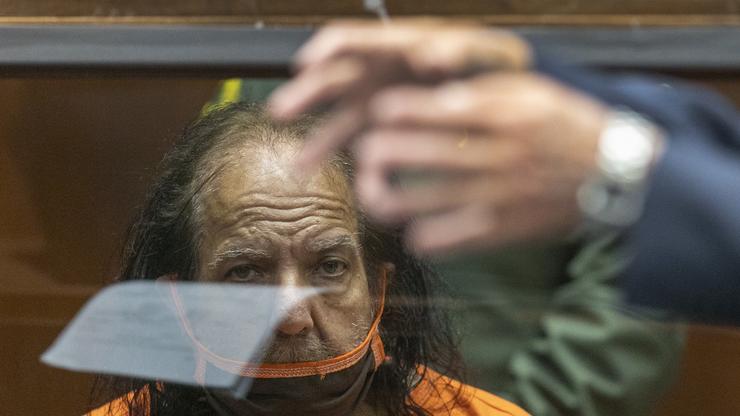 The former adult entertainment star is up against over 30 charges including rape, sexual assault, and forced penetration.

There was a time when Ron Jeremy was sitting on top of the world as he was making millions as one of the leaders in the adult entertainment industry, but the 67-year-old’s disgraced reputation has been an ongoing battle. Over the years, he’s been accused of inappropriate behavior and has even been banned from certain adult entertainment events, but his most recent legal woes have been an uphill battle. Back in August, Jeremy was hit with 20 new sexual assault charges, a massive addition to the approximate 15 that he was already facing.

Yesterday (November 12), a woman named Charity Carson filed a lawsuit against Jeremy because she claimed that he allegedly sexually assaulted her in a bathroom at a hotel in Los Angeles. The two were reportedly friends for 25 years prior to the incident and according to Carson, he pinned her against a wall before groping her breasts. She also stated that he tried to force her to touch his genitals. This was allegedly the first time that Jeremy attempted to make any sexual advances toward her during their friendship.

“Plaintiff was frantically screaming and struggling to get away from plaintiff throughout the encounter,” the lawsuit states. “Eventually, Plaintiff was able to break loose and flee the room.”

The sexual assault charges against Ron Jeremy—that include rape and assault—are for incidents that occurred between 1996 to 2020. If convicted of all charges, Jeremy is looking at a sentence of over 300 years in prison. He’s also facing lawsuits from alleged victims in a number of states and has pleaded not guilty to the criminal charges.