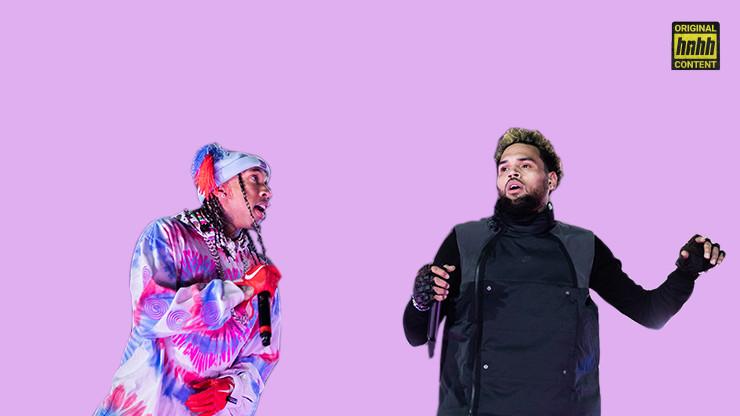 The latest edition of Rolling Loud went off without a hitch at the NOS Events Center in San Bernandino, but the Los Angeles show proves that festival culture may be permanently affected following the Astroworld tragedy.

It is an unspoken understanding among regular festivalgoers that when attending an event, there will be a certain level of organized chaos. At many festivals, there are a select number of attendees that band together to take care of one another. If someone falls in the pit, you make sure they’re up and out of harm’s way as quickly as possible. If someone looks faint or ill, if you can’t help them, you find a staff member or security official that can. For the most part, there is a camaraderie that exists in the festival world, but Astroworld has permanently shifted how the industry approaches events of this magnitude and it may have trickled down to how attendees interact with one another, as well.

Rolling Loud is the world’s largest Hip Hop festival and fans look forward to it each year. From coast to coast, the production team gathers dozens of artists, from the top of the charts to the hopefuls who vie for their spot in Hip Hop’s elite class. This year, Rolling Loud California in Los Angeles hosted acts including Future, J. Cole, Lil Yachty, DaBaby, Kid Cudi, Moneybagg Yo, Playboi Carti, Jack Harlow, Lil Durk, Bia, Rico Nasty, Chris Brown, NLE Choppa, Soulja Boy, and many more. Although fans were excited about the three-day event, new rules were implemented due to Astroworld, and the weight of that concern was felt with each performance.

Ahead of the show, Rolling Loud announced that attendees under the age of 18 would not be admitted and the change did shift the energy inside. Concertgoers weren’t confronted with children or anyone underage, and overall, that particular fact didn’t take away from the experience. In fact, several people that I talked to while there felt more at ease in an adults-only environment. There were at least four stops before being allowed to enter the Rolling Loud festival grounds at the NOS Events Center in San Bernadino, from bag checks to COVID-testing stations, and by the time fans got inside, they were strapped with at least three wristbands, if not more.

Saturday’s show was packed with a stunning lineup that hosted an audience of thousands for each stage—the Ciroc Stage, the Punx Stage, and the Power 106 Stage—and each artist, for the most part, arrived and exited on time.

I caught the festival in the evening, as I wanted to see the change in dynamic as night fell and as drinks started to flow, while the more prominent artists began to take to the stage. Animé gave a rousing performance that included his hit “Caroline,” a favorite that has taken over TikTok. Fans sang it out at the top of their lungs, and while it was clear that everyone enjoyed Animé’s offering, there was still a steady calm in the crowd.

The response to Key Glock’s performance was similar as the Young Dolph tribute hosted Paper Route Empire artists including Paper Route Woo and Snupe Bandz, as well as O.T. Genasis. The Long Beach rapper gave his rendition of his 2015 hit “Cut It” which hosted a feature from Dolph. The late Memphis rapper was honored throughout as fans stood shouted out Dolph’s lyrics while holding their cellphones to the sky to film the performance in an almost stillness of solidarity. Nothing was going to interrupt the tribute and no one was going to try to.

The same could be said for the next few performances that I caught, running from one stage to the next. I was only able to see half of Tyga‘s show that included twerking dancers, but even then, his party anthems had fans singing along and often jumping up and down, but not getting out of hand. Jack Harlow gave his screaming fans his breakout smash “What’s Poppin'” and praised Lil Nas X before belting out his bars on “Industry Baby.” The chilly weather didn’t keep women from sitting on their friends’ shoulders in an effort to get the rapper’s attention, but once again, people knew to keep things under control.

Fans flocked in droves ahead of Chris Brown taking to the stage, and once he arrived, a resounding roar could be felt to the core. He delivered several of his favorites with the help of guests Tyga and Yung Bleu. Fans received “Loyal,” Dueces,” “With You,” “Go Crazy,” and the Drake-assisted “No Guidance.” Everyone sang along, some with their phones in the air, and Brown showed off his fancy footwork with the help of his background dancers.

J. Cole is undeniably a phenomenal performer and when the Dreamville icon took to the stage, there wasn’t a moment when you couldn’t hear fans rapping along to his rhymes. Fire blazed behind him as he shared that this would be his last live show for some time, and the very thought increased the energy of the audience, yet the thousands of fans watched on with care, making sure to fully participate without disrupting the energy.

Evenings at festivals are a much different ballgame than daytime activities, as many of you may know. People seem less inhibited and typically, these late-night hours are the time when fireworks erupt in the sky as moshpits take over, regardless if a song calls for such behavior. People get sweaty and wild and often, it can make for a good time. While Rolling Loud California was a success and was able to keep the peace, many people that I randomly spoke to were unsure if this would be the continued social temperature of Rolling Loud, and festivals in general, following Astroworld.

Wherever I went, people were making room for one another in the audience. There was no shoving or pushing, or conflict in general. For those who look forward to letting out aggression at shows like this, time will only tell if that environment will return, but most don’t seem to want it. After seeing the destruction that can occur if left unchecked, it is unlikely it will. Rolling Loud artists themselves kept the “hyping the crowd” to a minimum and none encouraged fans to rage—at least, not among those that I caught.

Ten people lost their lives at Astroworld and hundreds of others were injured. Travis Scott has reportedly been hit with billions in lawsuits and he’s finding his business partnerships easing to an end. Because Rolling Loud California came so soon after Astroworld, audiences seemed to regulate themselves for the greater good of the show, but once this time has passed, the question of whether or not that sense of calm will remain still looms.

Make sure to also check out our picks for the Top 5 Sets At Rolling Loud California, as well as our article, The Astroworld Tragedy & An Examination Of Mosh Pit Culture In Hip-Hop.